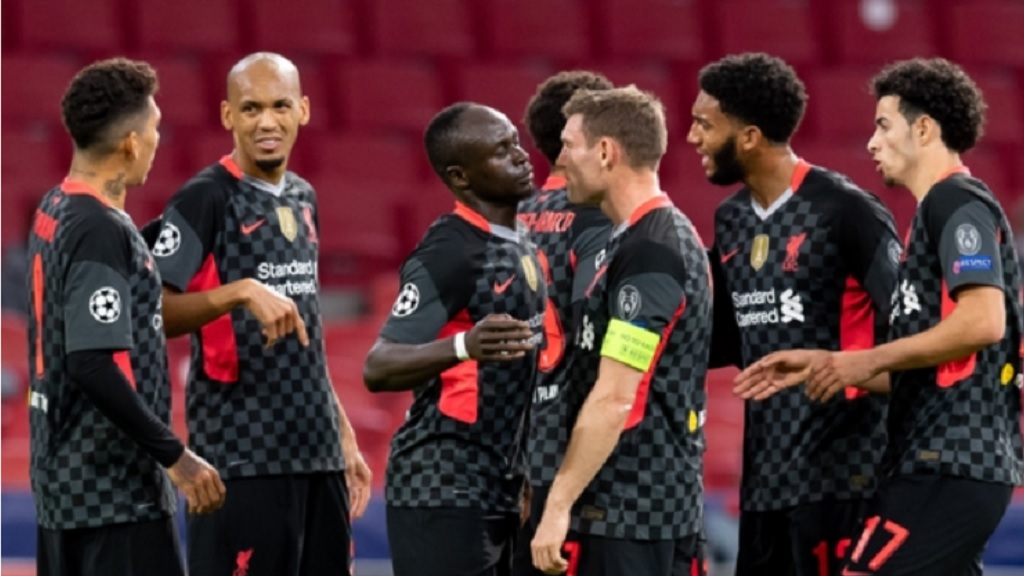 Liverpool’s makeshift defense held firm and a fortunate goal earned Jurgen Klopp’s team a 1-0 victory over Ajax on Wednesday in their Champions League opener at the empty Johan Cruyff Area.

Ajax defender Nicolas Tagliafico turned a mishit shot by Sadio Mane into his own net in the 35th minute for the only goal of the match.

At the other end, a combination of poor finishing, bad luck, and an acrobatic goal-line clearance by stand-in central defender Fabinho denied Ajax a goal.

Klopp paired midfielder Fabinho with Joe Gomez in central defense while 19-year-old Curtis Jones got his first Champions League start in the midfield.

The hosts should have taken the lead in the 33rd minute when David Neres passed to Quincy Promes, but the Netherlands winger shot too close to Adrian and the goalkeeper stuck out his right foot to save.

Just over a minute later, Liverpool were in front when Mane turned away from Perr Schuurs before scuffing his shot that led to Tagliafico's own-goal.

Fabinho preserved his team's lead at halftime when he hooked the ball off his goal line after Dusan Tadic had lobbed Adrian in the 44th minute.

Liverpool escaped again a minute after the break when Klaassen's powerful shot from the edge of the penalty area beat Adrian but hit the post.

“It’s a shame. We deserved a point,” said Ajax midfielder Davy Klaassen. “You have to convert one of those chances.”

Mohammed Kudus and 18-year-old Ryan Gravenberch made their Champions League debuts in an Ajax team that had lost several key players from the side that reached the semifinals in 2019. Kudus lasted only six minutes before limping off injured after a tackle by Fabinho and being replaced by Promes.

Klopp substituted his entire front three on the hour as Ajax threw players forward in search of the equaliser that never came.

In Group D's other match, Atalanta won 4-0 at Midtylland.

Messi and Ronaldo to meet in Champions League group stage