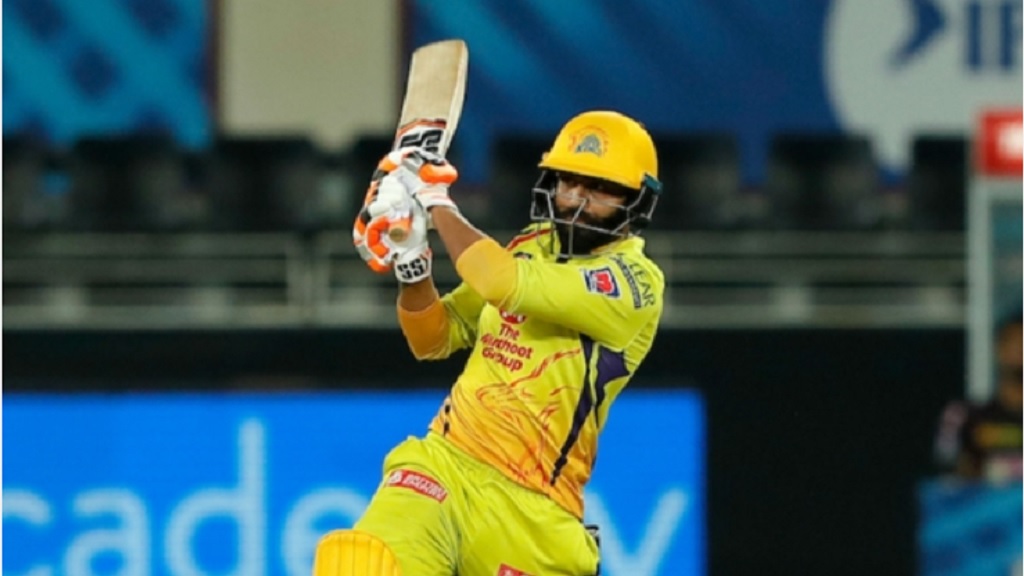 Ravindra Jadeja hit a six off the last ball to seal the victory for Chennai Super Kings.

Ravindra Jadeja hit a six off the last ball to seal the victory.

Kolkata's failure to win qualified the IPL-leading Mumbai Indians for the four-team playoffs, which start next Thursday.

Kolkata remained fifth in the eight-team standings with one round-robin match left and needing others to slip up to help them qualify.

The last-placed Chennai, eliminated long ago, could be satisfied with ruining Kolkata's chances.

Forced to bat first, Kolkata made a competitive 172 for five with 87 from Nitish Rana and bowled well until the last two overs.

Chennai needed 30 runs from those last two overs, and Radeja scored 29 of them, including two sixes off the last two balls to make 178 for four and win by six wickets.

Ruturaj Gaikwad led Chennai's chase with 72 off 53 balls, supported by Ambati Rayudu with 38.

Gaikwad hit one remarkable six off legspinner Varun Chakravathy over the long-off fence, and pulled fast bowler Lockie Ferguson over long leg. Gaikwad was eventually bowled by Pat Cummins in the 18th over, at the end of which Chennai still needed 30 for an unlikely win.

Jadeja sent one delivery to the fine leg boundary, then Ferguson gave up three no-balls, was smashed over deep square, and hit to the third man boundary. Ferguson gave up 20 off the over and left young paceman Kamlesh Nagarkoti to defend a nine-run lead in the last over.

Nagarkoti did well to leave Chennai needing seven off the last two balls until Jadeja hit the penultimate ball over deep midwicket to tie the score.

With one needed off the last ball to win, Jadeja pulled Nagarkoti over wide long-on and pointed to his name on his jersey.

Jadeja scored an unbeaten 31 off 11 balls.

Narine was wicketless from his four overs. The West Indies spinner conceded  23 runs.

Cummins and Chakravathy picked up two wickets each.

Batting for Kolkata, Nitish Rana had only six after seeing 16 deliveries. But after 21 he was suddenly on 24 runs and rolling.

He beat up bowlers Mitchell Santner, Lungi Ngidi, and Jadeja to reach 50 from 44 balls. Karn Sharma’s last over went for three consecutive sixes, and Deepak Shahar was hit for two boundaries in the 17th.