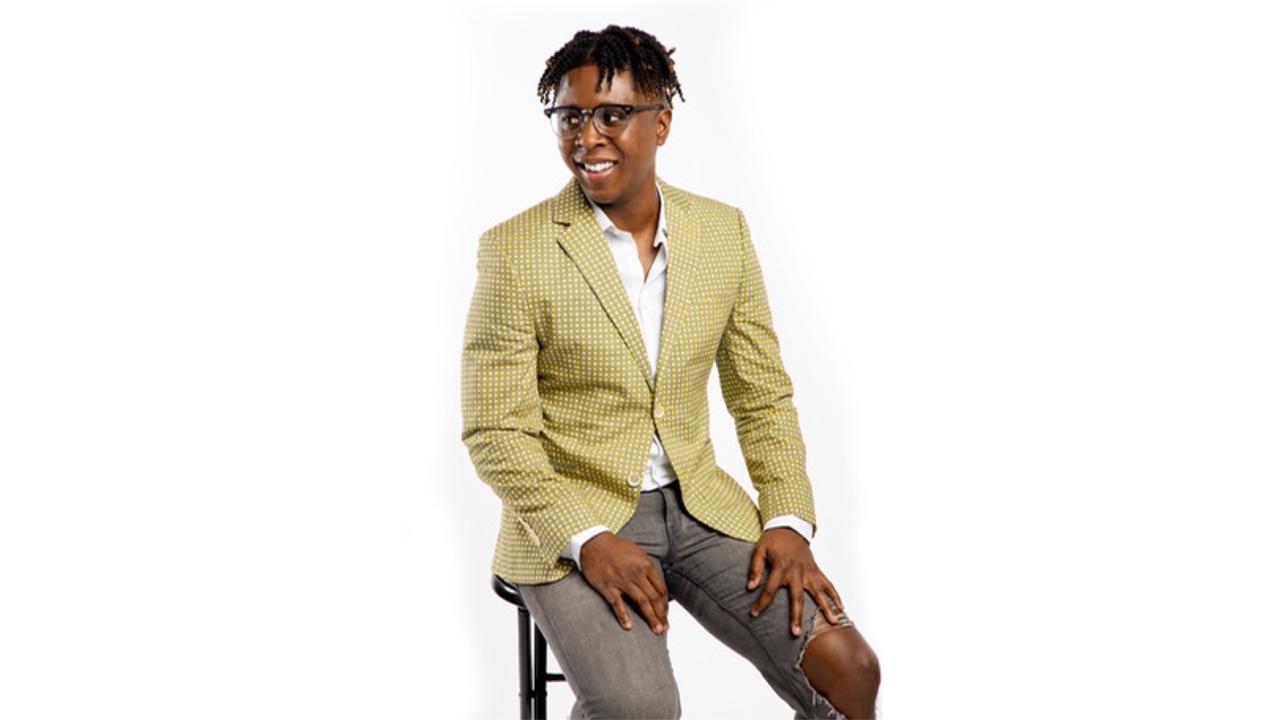 We can't get enough of them!

Well, one young man has taken his love of shoes to another level by creating his own.

“To be happy, it first takes being comfortable being in your own shoes. The rest can work up from there.” ⠀ ⠀ Shop Cufflink Kitten⠀ #RoyalebyRawlins

Daryl Rawlins was born and raised in the village of Conaree, Saint Kitts and Nevis.

The first of six children, he said he spent his formative years like countless others, trying to figure out his place in the world.

He was active in sports and enjoyed some measure of success in track and field, tennis, cricket, volleyball and golf.

When he was 20 years old, he migrated to St Thomas where he enrolled at the University of the Virgin Islands in pursuit of a degree in accounting.

After graduating in 2010, he was offered a job at a New York-based company, so he moved to the Big Apple.

And so he began his foray into corporate America and eventual transition to entrepreneurship.

Earlier this year, he launched Royale by Rawlins, a luxury line of women’s footwear.

The going was tough, but for Daryl, it was worth it.

“Royale by Rawlins is a luxury footwear company which was birthed out of the idea that royalty, specifically for women, should not only be reserved for one’s bloodline, but rather to every woman who continues to conquer the adversities that life throws her way. As a person who enjoys travelling and meeting new people, I have encountered women from all walks of life and the one thing that remained constant is their undeniable love for shoes. Armed with that understanding, and I believe that every woman is a queen in her own rights, I came up with the concept of a crowned heel. This would serve as the signature of the brand,” Daryl said.

Daryl said this project was five years in the making and there were some significant highs and lows. He said each challenge presented a learning curve.

He told Loop Caribbean: “I have always had an interest in fashion, specifically footwear, but it was not until a few years ago when I realized corporate America was not a good fit for me and had to figure what would be the next step.

“This was a five-year journey which I admit is a long time, but I constantly reminded myself that the race is not for the swift but for who can endure, which is something my mother preached to us every time we complained that something was taking too long. It began with the concept, then doing some research to figure out if the concept would be able to thrive in an already saturated and competitive market.”

The young entrepreneur said he wrote the business plan while simultaneously going through the legalities to secure a trademark and patent in the United States and Europe.

Make them stop and stare 😯. ⁠⠀ It’s all about the details! 🔎⁠⠀ Tag a friend who needs these Suspenders Boots below ⬇️⁠⠀ #RoyalebyRawlins

He even took a few courses in shoe design.

“Even though I may have had great concepts for specific designs in my head, I was not good at sketching and it was important for me to be able to communicate my ideas through sketches, so while the legal aspects were underway, I travelled to London where I took courses in shoe design and Starting a Footwear Company at University of the Arts London: London College of Fashion. After completion, I had the missing tools and resources to move forward. Lastly, I researched, interviewed and selected a studio in Italy that would be my liaison to manage all the moving parts of the project,” he added.

Daryl said his biggest accomplishment to date was his successful transition from a career in accounting and financial management to entrepreneurship.

He said it was a journey that was rife with challenges and there were moments he felt like walking away. He told Loop Caribbean he’s proud that he remained steadfast and wasn’t overly discouraged by the obstacles he encountered.

What inspired the Royale by Rawlins pieces?

Coming from a corporate career, Daryl said he has always been fascinated by the automatic public perception of success when a man is dressed in a tailored suit.

Introducing the Bow Plisse. Crafted from quality Italian leather, and completed with a Swarvoski crystal crown detail, these boots are made for the confident woman. #RoyalebyRawlins #RoyaleCourt⁠

“For many, it is associated with opulence, of great importance and high regards. He is treated with the utmost respect, anyone who chooses to engage him in conversation ensures their approach matches that perception. When I sat down to design this collection, I wanted to shift that same initial perception to any women wearing Royale by Rawlins, so I deconstructed a suit and used the various elements.”

The Kittitian businessman said his success was only possible because of the sacrifices his parents made over the years.

This he said, is what fuels his passion and keeps him motivated to keep reaching for his dreams.

“You are the embodiment of infinite possibilities… I heard this at a sermon in church. Interestingly enough this is how my mother always made me feel through her unwavering support, so when I heard it articulated at church, it was like a light bulb moment. This also gives me the strength to keep pushing.”

Daryl said his family has always been unwavering in their support and that didn’t change when he traded in the stability of a career in America’s financial sector to build and develop the Royale by Rawlins brand.

Asked if he’s living the dream, he said: “This can be a very tricky question because, in my mind, I feel as though if I say I am living 'the dream' I am putting limitations on myself. It sounds very finite as if this is it for me. I can confirm though, I am living one of my dreams. This is a new career path for me so the highlight would definitely have to be seeing the physical samples of the first collection I designed.”

Despite the occasional hiccups, Daryl said he wouldn’t change anything about his journey thus far. He said everything happens for a reason.

“To change something would mean changing the trajectory of my life. I am quite happy with the way my life is turning out, and everything, good and bad that happened along the journey has brought me here,” he explained.

BOSS UP in our Pocket Square boot. Available in Light Grey and Black. #RoyalebyRawlins

Despite the success he’s enjoyed in the United States, Daryl misses his native Saint Kitts.

Asked what he misses most, he said: “It’s very hard to pick one but, I would have to say the sense of community. In the US, you can live next to someone for years and never have a conversation with them. Also, I miss the Mango and Sea Grapes season.”

Commenting on the differences between life in the US and St Kitts, without hesitation, he noted the availability of resources and opportunities.

“There is so much talent in St Kitts and the Caribbean on a whole but the resources are scarce,” he explained.

To young people across the region, he said: “This is cliché, but very true. “You can achieve anything you put your mind to. It may be a bit more difficult for you than it was for others but remain steadfast because the road less travelled is often where you find the most treasured gems.”

Royale by Rawlins pieces can be purchased through the company’s website.