Morgues in The Bahamas up to 4 times its normal capacity 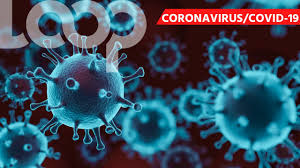 Managing Director of the Public Hospitals Authority Catherine Weech said the morgue has a capacity of 55 but at last count, there were at least 220 bodies housed there.

During a virtual press conference on Monday, she said the morgue at the Grand Bahama hospital is meant to hold 25 bodies but is currently housing over two times that amount.
Weech said the extra bodies were accommodated in the hospitals' external coolers.

Responding to questions posed by members of the media, Health Minister Renward Wells said families who delay collection of their deceased loved ones.

At last count, 68 confirmed COVID-related deaths were recorded in The Bahamas and another  10 deaths were being investigated.

Eleven of the virus-related deaths were recorded in the first wave which spanned from mid-March to the end of June.