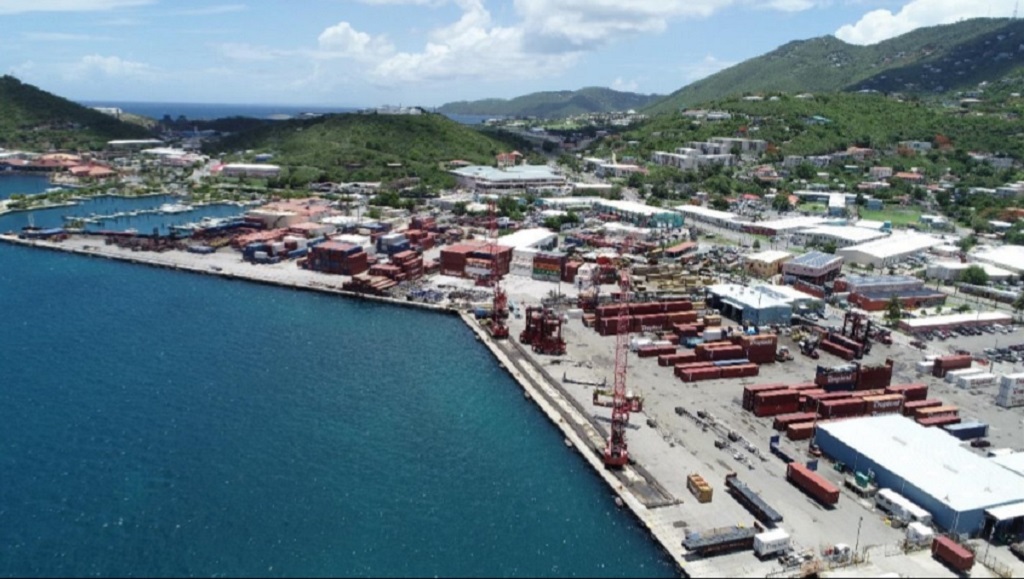 The cargo terminal at Crown Bay in St Thomas will see the reconstruction and modernisation of its cargo handling and storage infrastructure at the cost of US $22 million.

The funding comes after intensive efforts and lobbying of federal officials that the Office of the Governor and the Virgin Islands Port Authority began last year.

“The funding for this project follows the continuous efforts and contact by office and Port Authority Executive Director Carlton Dowe and will help the Port Authority expedite the expansion of the cargo terminal at Crown Bay.

VIPA’s project is part of my Administration’s larger plan for the Territory’s economic development, and the expansion of the cargo facilities on St Thomas will bring greater revenue to the US Virgin Islands through added marine and shipping traffic,” said Governor Bryan.

The expansion, which is located in an Opportunity Zone, will facilitate more efficient cargo movement both into and out of St Thomas.

VIPA Executive Director Carlton Dowe said the current facilities are too small for the needs of the community and still needs repairs from the 2017 hurricanes.

“The receipt of a $21.9 million grant to improve our marine ports is unprecedented for the Territory.

This grant will allow for the much-needed expansion of the 40-year old cargo terminal in Crown Bay and will make St Thomas a prime port for transshipment throughout the eastern and southern Caribbean,” said Director Dowe.

The monies for the US Virgin Islands is part of a funding package the federal agency disbursed across 15 states and totaling $220 million.