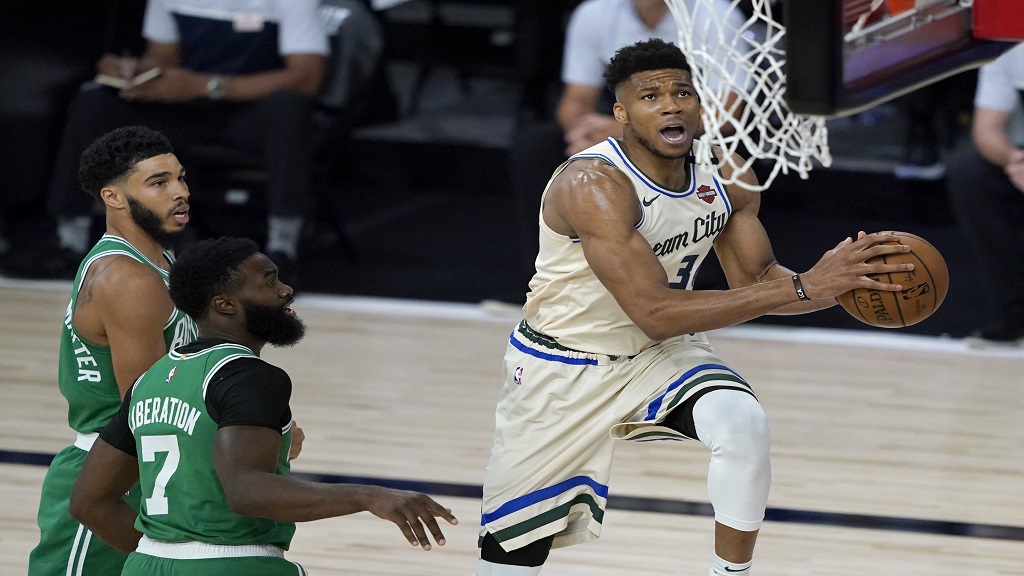 Giannis Antetokounmpo starred in a win for the Milwaukee Bucks in the NBA on Friday, while the Houston Rockets edged the Dallas Mavericks.

Antetokounmpo's double-double of 36 points and 15 rebounds helped the Bucks past the Boston Celtics 119-112.

The reigning NBA MVP went 14-of-20 from the field in the Bucks' victory.

James Harden starred with 49 points in the Rockets' 153-149 overtime win against the Dallas Mavericks.

Kristaps Porzingis (39 points and 16 rebounds) led the Mavericks, but they fell short.

The Portland Trail Blazers overcame the Memphis Grizzlies 140-135 after overtime thanks to CJ McCollum (33 points), Damian Lillard (29) and Carmelo Anthony (21).

Jayson Tatum struggled badly in the Celtics' loss. The forward went two-of-18 from the field for just five points in 32 minutes.

In another battle between two championship contenders, the Los Angeles Lakers (50-14) face the Toronto Raptors (46-18) on Saturday.

NBA returns: LeBron, Giannis and the players to watch via STATS facts