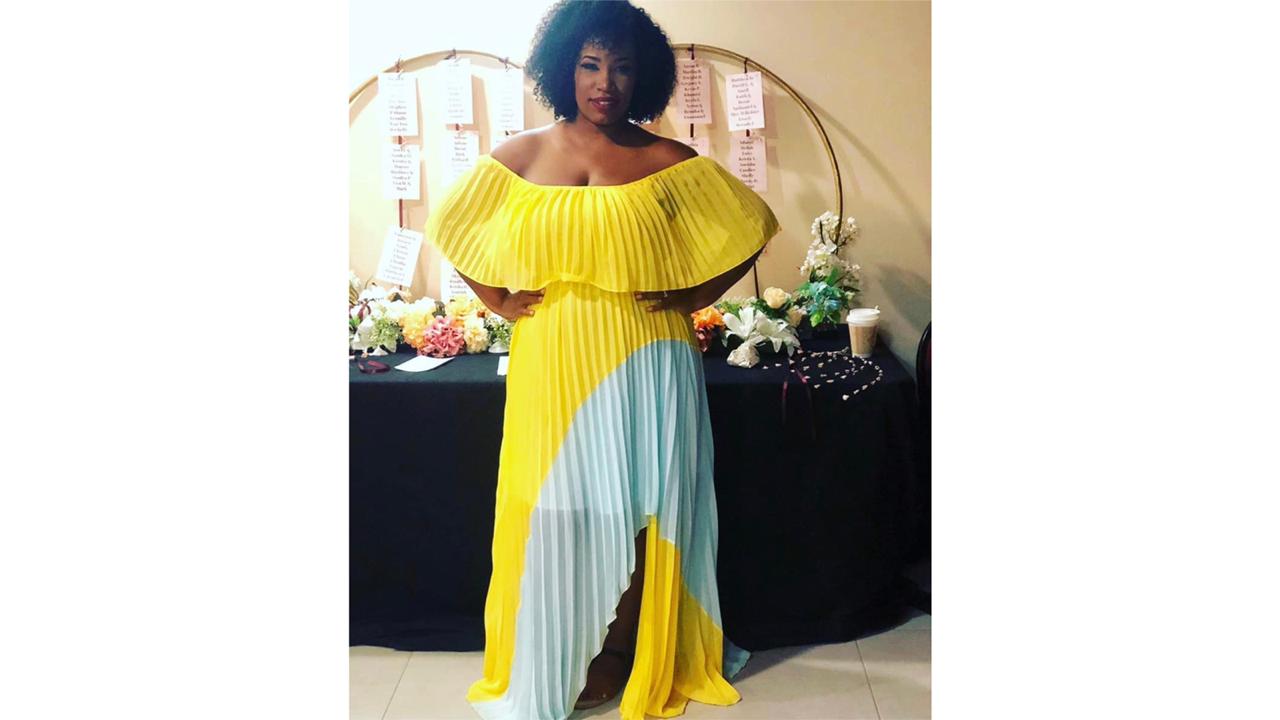 Shelly Bazil-Smith is Dominican-born Behavioural Therapist and as of September 9, a published author.

She moved to Trinidad in 2004 and as she told Loop Caribbean she just never left.

"I came here to pursue a totally different career path- but human behaviour intrigued me and so 3 years into my Biology degree I changed majors and have never looked back. I came to Trinidad because I received a scholarship to attend Caribbean Union College( now University of the Southern Caribbean). My last semester at University I met the man who would become my husband, he was then a first-year medical student."

Shelly and Aaron got married shortly after and the rest as they say, is history.

Despite missing her mother with whom she is extremely close, Shelly said the decision to become a fulltime resident of Trinidad and Tobago was an easy one.

"I stayed here because I needed to support him as he finished medical school. We were a team - a team player never abandons the team."

Now that her life-long dream of being a published author has been realised, Shelly said the feeling is euphoric. 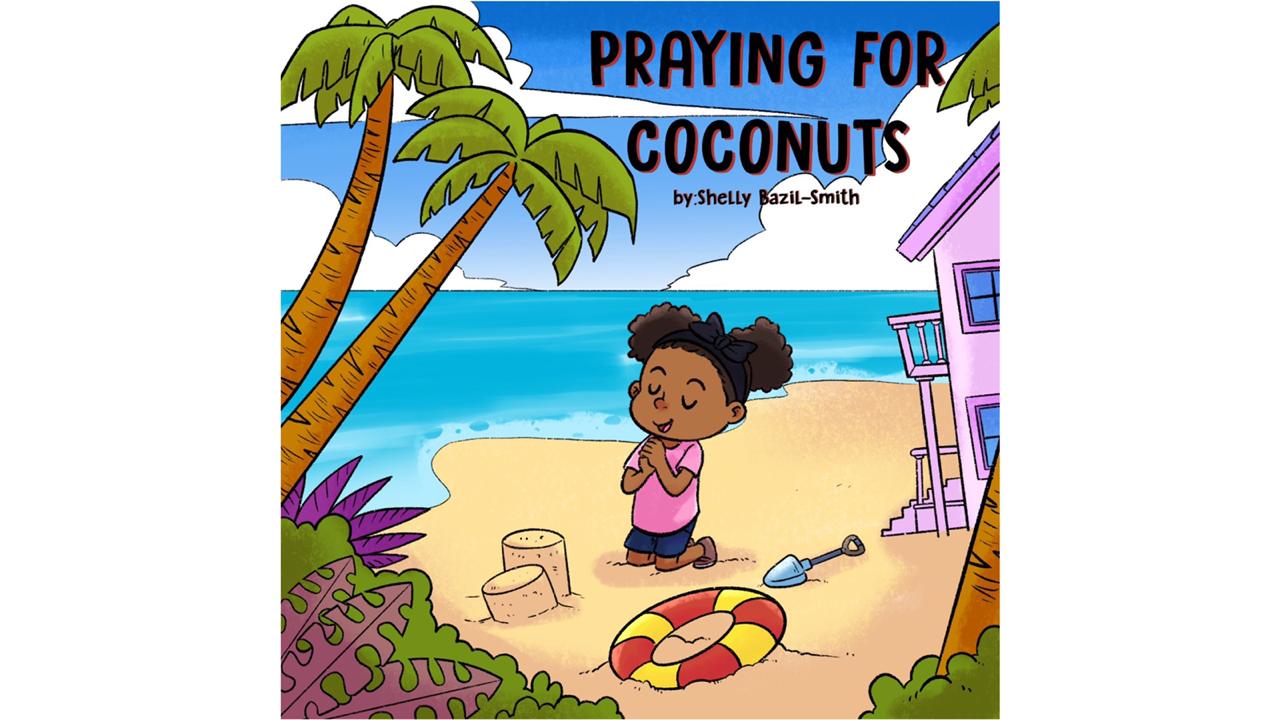 "The word author hasn't sunk in as yet. I am still getting adjusted to the word itself. My journey as a writer however started a few years back. I had previously tried to publish other books. But everything never aligned as they should; this time everything just worked out perfectly. From finishing the content to finding an illustrator. The book took care of itself, I simply followed the alignment of what was meant to be. "

As Shelly explained, Praying for Coconuts is a story of hope.

It follows a little girl, Neveah who is struggling to come to terms with the effect of Hurricane Maria on her beloved Dominica.

Shelly said: "We go on a journey through her eyes as she tells of her love for coconuts and how their absence made her sad. It is a story of HOPE...as she continues to Pray for coconuts."

On the evening of September 18, 2017 Hurricane Maria swept through Dominica leaving chaos and devastation in her wake.

Gone was the lush greenery that the nature isle once boasted of.

Trees were uprooted, buildings and roads totally destroyed and for a very long time, there was no form of communication.

It was two weeks before Shelly got word that both her parents had survived the onslaught and considering the circumstances, were doing well.

"I was in a mess. The worst part was having to put their names on the national missing persons registry, hoping that someone would know something and find some way to contact me. The first time I heard from them my dad had walked miles and had taken a boat part of the way as he tried to get to her. They don't live together."

Shelly the 14 days she prayed, waiting for news on her parents were the longest and most stress-filled she's ever lived through in her 30-plus years.

It's a feeling she said she wouldn't wish on anyone.

Shelly was inspired to write Praying for Coconuts in after seeing a newsclip in the aftermath of Hurricane Maria.

In the clip a little girl spoke of her experience having survived the storm and also commented on the obvious absence of trees.

Looking on as the little girl shared her story of survival Shelly said felt compelled to take action. At that juncture, she hadn't decided on a course of action but she knew that she had to do something.

"Children are often forgotten in the midst of tragedy. As a trained Behavioural Therapist I wanted to find a way to somehow introduce a story of hope after the storm."

When asked why a children’s book, she explained that almost every aspect of her professional life has had at its core, some level of interaction with children.

She said that’s the audience she has the most experience with. An audience she knows well enough to know that they will enjoy reading this book. It took her a while to finally share her work with the world, but now that she's started Shelly is moving full steam ahead.

She told Loop Caribbean that book two is already completed and will be released soon.

As the child of an educator with over thirty years in the field and now an educator herself, Shelly appreciates the importance of literacy in one’s development.

She said her daughter started reading when she was two and a half years old, a feat she believes is attributed to the fact that both she and her husband are avid readers.

"Avid readers parent avid readers. Our children reflect the behaviours they see. My mother, Alex Vidal, reiterated the importance of reading ever since I was a child. My love for reading came from her constant reminder of the places reading could take me and the things I could accomplish simply because of the knowledge I would acquire through the pages. That blew my mind!! I never looked back” 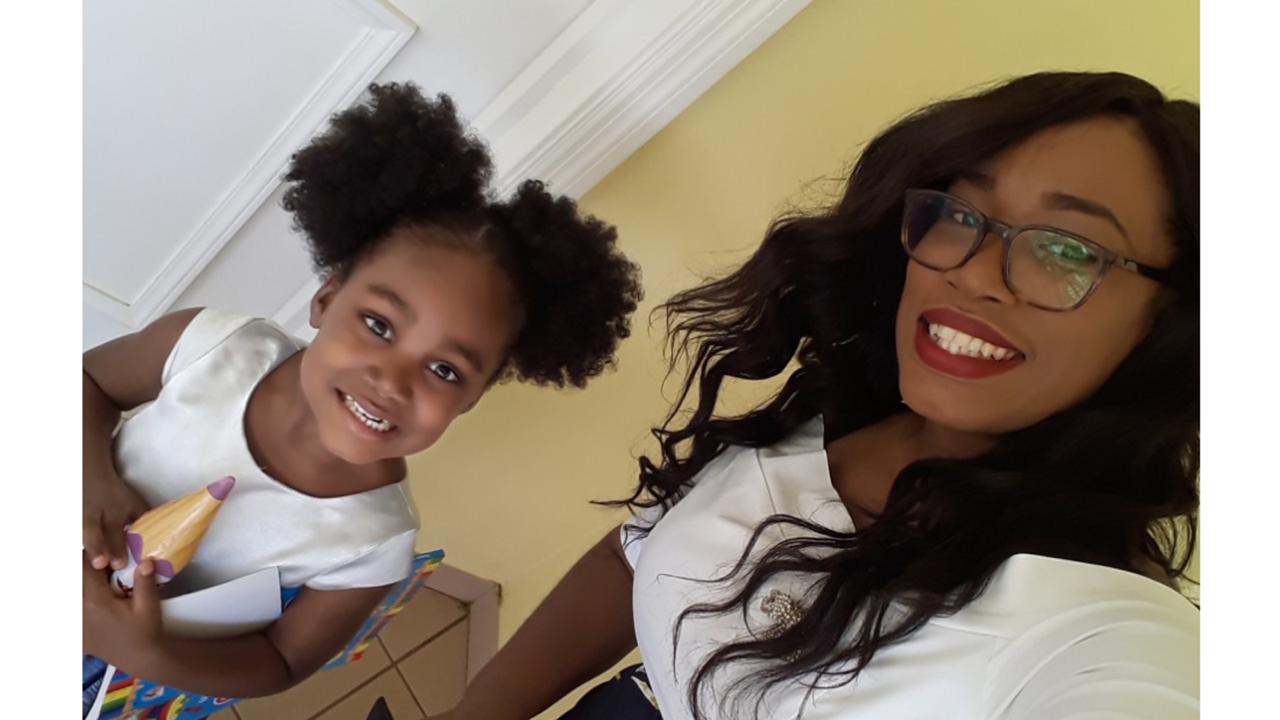 Asked to share the biggest lesson she's learnt on her journey as a parent, Shelly said: "Parenting is a flawed profession. Perfection can never be met. I must strive to be the best parent I can be...but I must also know that there is no such thing as perfection in parenting."

The mother of one credits her success to the example set by her parents.

“My parents are my heroes. Their resilience is second to none. They exude determination. The best advice I’ve ever gotten came from my mom, she’s always told me that I could do anything I put my mind to. I believed her, so here I am…”

For Shelly, her biggest accomplishment to date was becoming a mother.

Her biggest wish, she said, is that her daughter would accomplish everything she dares to dream of.

It’s been 16 years since she left the Nature Isle, but despite her deep affection for the twin-island republic she now calls home, Shelly said Dominica will forever be her first love.

“I miss everything about Dominica, from the rivers to the food. I miss my parents the most. I don’t see them very often. I have not seen my dad in four years and my mother in two.”

With COVID-19 still wreaking havoc globally, there’s no telling when next she would be able to visit her parents or have them visit her in Trinidad.

“COVID-19 really shook up our household. My husband is an emergency room Physician, that means he is directly involved with suspected COVID cases. We had to totally revamp our everyday routine. However, we have embraced the time spent together.”

Despite the challenges posed by the pandemic, Shelly continues to count her blessings and look for the proverbial silver lining.

Asked what if anything she would change about her life’s journey thus far, she said simply, nothing.

“Every hurdle, every disappointment, closed-door, has led me to this exact moment in my life. I am in a great place and wouldn't change that for the world.”

When all is said and done, Shelly wants her legacy to resound kindness.

“I want to be known as someone selfless and KIND.”

Shelly’s book, Praying For Coconuts is available on Amazon.