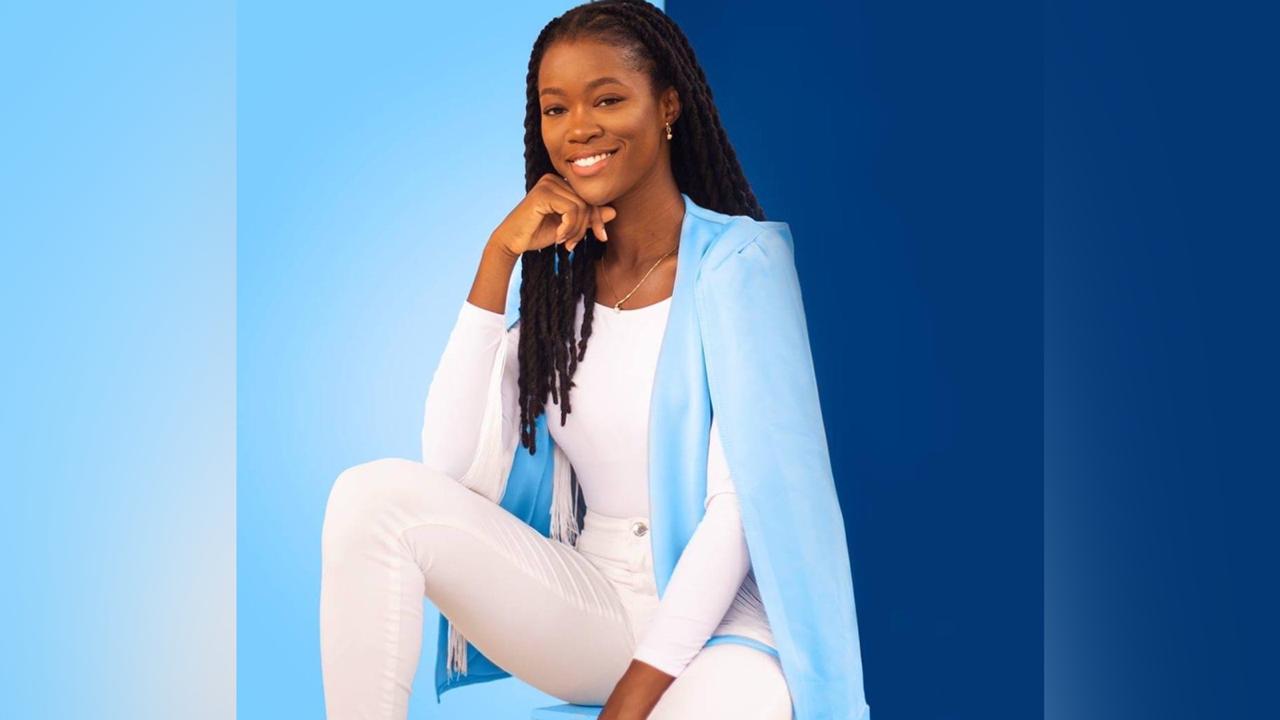 Dee-Ann Kentish-Rogers is no stranger to hard work and sacrifice.

Just last month the proud Anguillan was written into her country's history books yet again,  when she unseated former Premier Victor Banks in the  general election.

As a child growing up on her family's farm in Anguilla, she was taught that the two were critical to one's success.

It's a lesson that has served her well in every facet of her life.

"They [family] have taught me that what you represent and who you are is more important than what you accomplish. I've taken that throughout my life and it has kept me grounded and level headed. I mean I grew up on a farm. I grew up toiling and not getting to go out when I wanted to go out because I had to go and deal with watering corn and weeding patches in the yard... It's about instilling in people that sense of value and grounding them in hard work and discipline so that when you are trying to achieve something you already have some of the tools that you need in order to achieve them," said Kentish-Rogers, 27.

Dee-Ann's continued success does not come as a surprise to those familiar with her family’s history.

The now 27-year-old comes from a long line of brilliant and hardworking women who are known to go full-throttle in pursuit of their dreams.

She was raised by her mother Lorna Rogers, with the support of members of their extended family who also lived on the farm.

It all started with family matriarch Auckland Bianca Kentish, who took charge of the family’s farm and worked tirelessly to put her siblings through school. 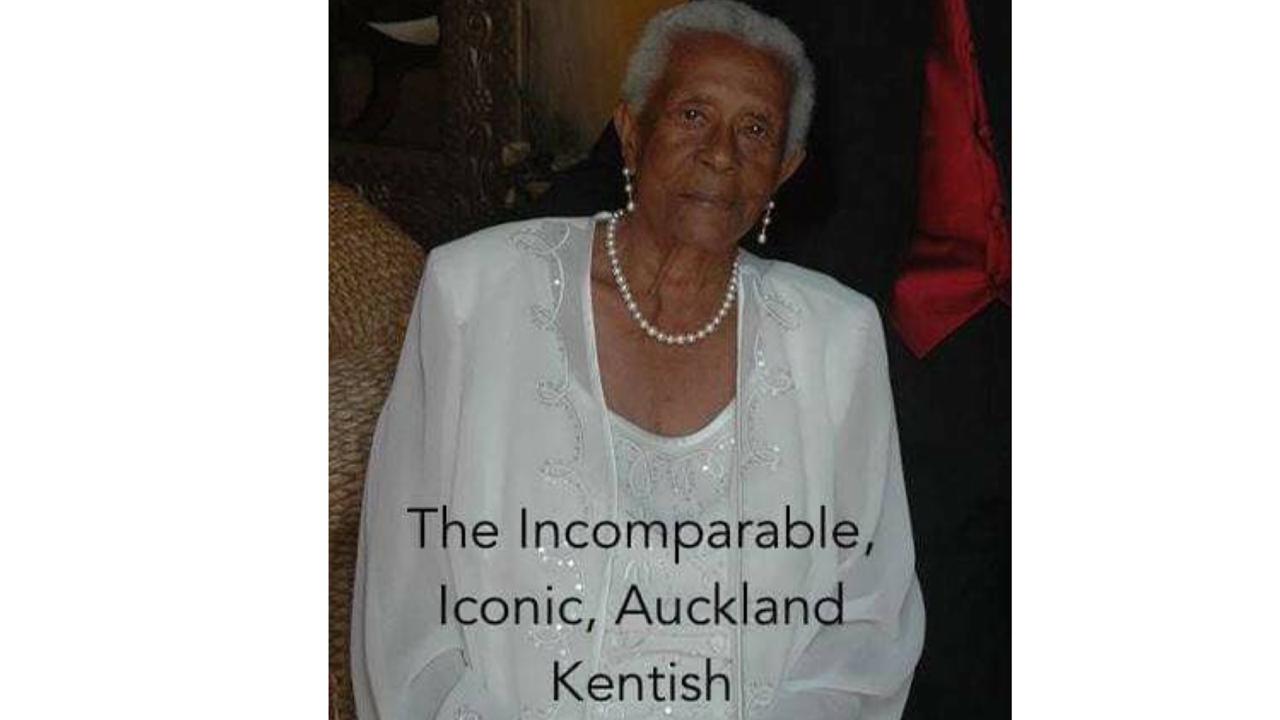 But Granny Auckland didn’t stop there.

She was determined to contribute to her family’s success and continue to build their legacy so she kept working the land, tending to the animals and crops.

Through this, she was also able to put her daughters through law school.

The Kentish clan boasts that Granny Auckland's decades of sacrifice laid the groundwork necessary for them to enjoy the lives they lead today.

Is it any wonder then, that they’re all so committed to honouring her legacy?

This is the stock that Dee-Ann comes from, it explains her incomparable work ethic and her continuing quest for success.

Dee-Ann said she 'is' because Granny Auckland 'was'.

An attorney-at-law and an accomplished athlete — who represented her country at the Commonwealth Games in 2010 and 2014 — Dee-Ann shot to infamy in 2018 after being crowned Miss Universe Great Britain, the first black woman to accomplish such a feat.

The most recent accomplishment added to her already impressive portfolio is her appointment to the Anguilla House of Assembly in the capacity of Minister of Social Development and Education.

This follows her historic victory over former Premier Victor Banks at the June 29 election. At the time of his defeat, Banks seemed to be a permanent fixture in the House of Assembly where he served since 1981. 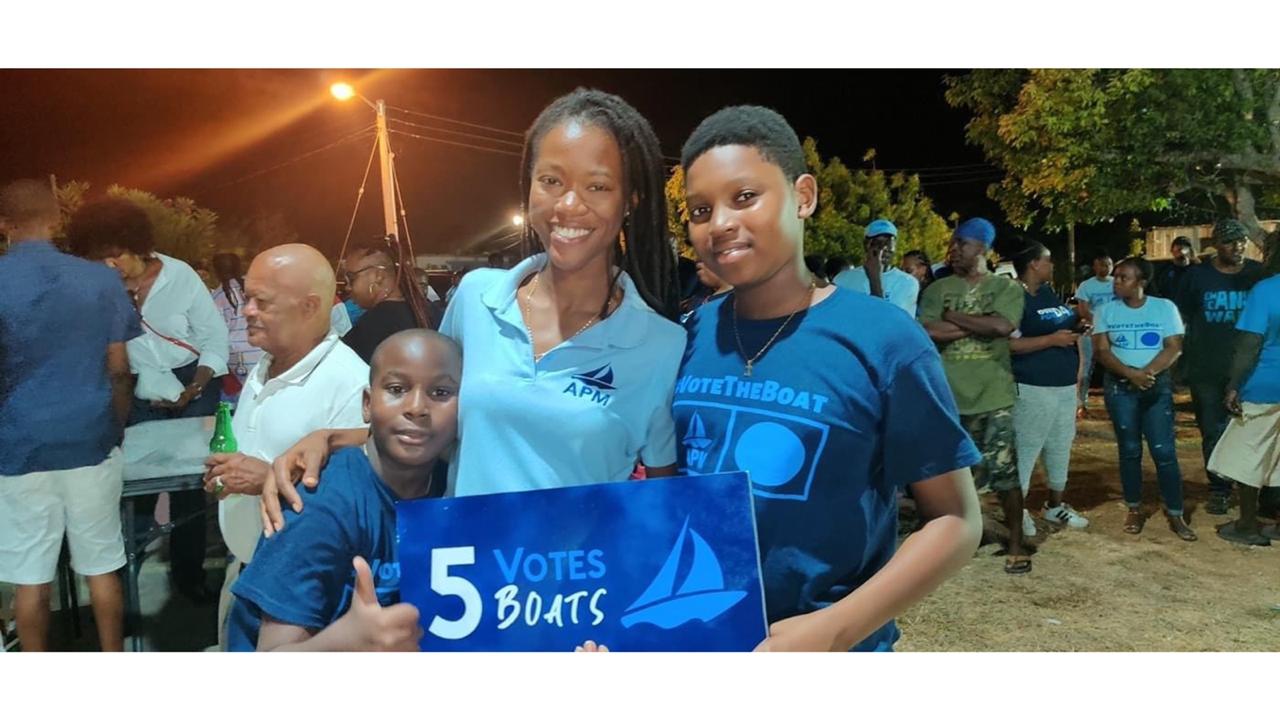 Dee-Ann Kentish-Rogers with supporters while campaigning prior to the election.

Dee-Ann told Loop Caribbean that active politics wasn’t written into her life plan, but that she’s always had a keen interest in and contributed to conversations on constitutional matters.

“That’s particularly why when I was asked about politics it took a second to consider before I said no because I did say no in the beginning. Upon realising that Anguilla needed a shift in the type of politicians, I decided to go for it,” she added.

Despite her determination to serve her country, the young politician said while campaigning, there were moments she questioned her decision to enter the political arena.

By her own admission, she naively expected everyone to keep their promise for a clean campaign.

She added: “I realised very early on that sometimes that there is a taste for scandal in communities and even though the people might say they don’t want the dodgy politics they still revel off the scandal. In some occasions where I felt there was an unjustified attack against the people I love, my family members myself; it was in those moments I paused for a second because I had to consider the type of collateral damage I was causing to those who I love. It wasn’t so much about me because I could take that kind of backlash. I received it when I was Miss Universe Great Britain, being a black woman in what was a typically white space. The attacks against me didn’t really move me but when I saw people attacking my family that’s when I paused and asked myself is it really worth it? But my family is a really strong family and they kept assuring me that things like that don’t bother them and that kept me going.”

Commenting on her subsequent victory at the elections, Dee-Ann said she’s grateful that so many people believe that she has the capacity to perform in the best interest of Anguilla.

“I was going against a very seasoned veteran, well-respected in the Caribbean political scene and it was a big challenge stepping into an area where I was in direct contrast to someone who had years and years of experience in this role. So I think for me it was a momentous victory because of the type of effort I had to put in to win. It wasn’t just about me, it was about convincing other people, sharing my message and hoping that the people would receive my message. Even when I was at the Commonwealth Games, then Miss Universe and doing my law degree — all those things were more centred on my own development, but this one was about what people perceived and what people believed. Of all my accomplishments I would say that this one is the one that takes the cake because it meant so much to so many people and I have to work for others in this role,” Kentish-Rogers said.

Having been positioned as a role model to young people of colour the world over, she said, is a badge of honour she wears with pride.

“My perspective on role models is, the only way you can be a true role model is by being yourself. You can’t put on a façade because eventually, you’ll get tired of wearing a façade. People get tired and weary and they’ll crack; it's not a good message to send to young people that you have to pretend to be something you’re not to be considered a role model or celebrated in your own country. My message has always been simple, it's always been, be yourself, be authentically yourself you will always make mistakes but that’s part of the journey. The journey of life is so much more and so much more important than the mistakes you make. It's about what you’re able to achieve,” she advised.

Healthcare, job availability and retraining opportunities are among the most pressing issues affecting the young people of Anguilla.

The newly minted Minister of Education and Social Development said part of her mandate is to ensure that the items of concern identified by the young people are addressed.

She said it's too often the case that issues plaguing the nation's youth aren’t taken to the decision-making table.

“For me, it's about making sure our young people are equipped to make the most of their lives, having the best education and the best opportunities from their education. Also with our social development, pairing that very closely with our economic development because as we’ve said over and over during this campaign, your economic development means nothing if your social development is deteriorating. As much money that’s flowing through your country, if you don’t have people who are healthy, if you don’t have young people who are well taken care of, who have sporting facilities, who are engaged in community activities then your wealth and your economic growth are just for the sake economic growth, there has to be a deeper purpose.”

The young politician attributes her personal successes to the unwavering support of her family which in turn has inspired her commitment to the development and success of the people of Anguilla.

She wants her legacy to be a fit-for-purpose education system in Anguilla.

The young politician wants her countrymen and women to be courageous in the pursuit of their dreams.

She believes nothing ventured, nothing gained.

"That’s really about challenging yourself to get out of your comfort zone because that’s when you experience a lot of growth. The second one is, you are entitled to more than one dream, you’re entitled to reinvent yourself as many times as you need to. Because we come from very small communities, sometimes we think that we get stuck in a position and that’s all there is, it's all we can do but life exists on a spectrum and we can do anything we put our minds to, that is very true. I would love to see people breaking social stereotypes and actually going out at whatever age whether they’re young or old, whether they’d love to change their path…. I’d love to see people taking the risk in doing that more because it sends an important message about our humanity, that we are not limited just by what other people say of us, we are limited only by our imaginations.”

For many, Dee-Ann Kentish-Rogers is a symbol of hope, indicative of a bright future rife with exponential gains for Anguilla's youth.

Some have even projected that she will be the country's first female Premier.

Minister Kentish-Rogers however, remains fully focussed on using her time in office to secure the future of her beloved country.

“What’s next? Well, what's next is the next five years of working for the betterment of the people of Anguilla. What I see for myself and if I’m given the opportunity to run in the next five years for another five years I will like to see Anguilla become a leader in the Caribbean especially in relation to becoming an e-government centre leading the Caribbean in that area in technology, because we know that’s an emerging industry. I would love to see that for Anguilla moving forward. I would love to see our education system strengthening and model our systems after modern developing systems like Finland and Singapore, that we can break a mould."

She thinks it important that Caribbean people come to understand that we are capable of conceptualising and implementing new mechanisms whereby our growth and development objectives can be achieved.

Judge Whitener: From Trinidad to the Washington State Supreme Court

Joseanne's story of success in the face of COVID-19