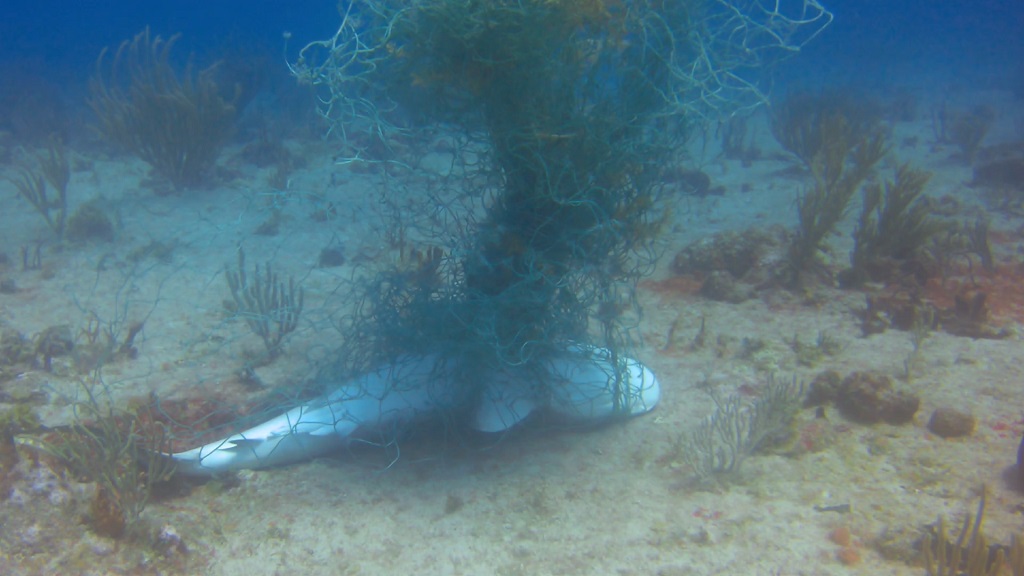 It states this after a dead Caribbean Reef Shark was found tangled in a net within the Man of War Shoal Marine Protected Area in the beginning of July.

The Foundation says while it is uncertain what caused the shark to end up in this condition there are two probable causes.

Either the shark was caught in a net deployed by fishermen who then decided to abandon the net causing the shark to drown or the shark became entwined in a drifting net that had been discarded or lost at sea often called a ‘ghost net’. 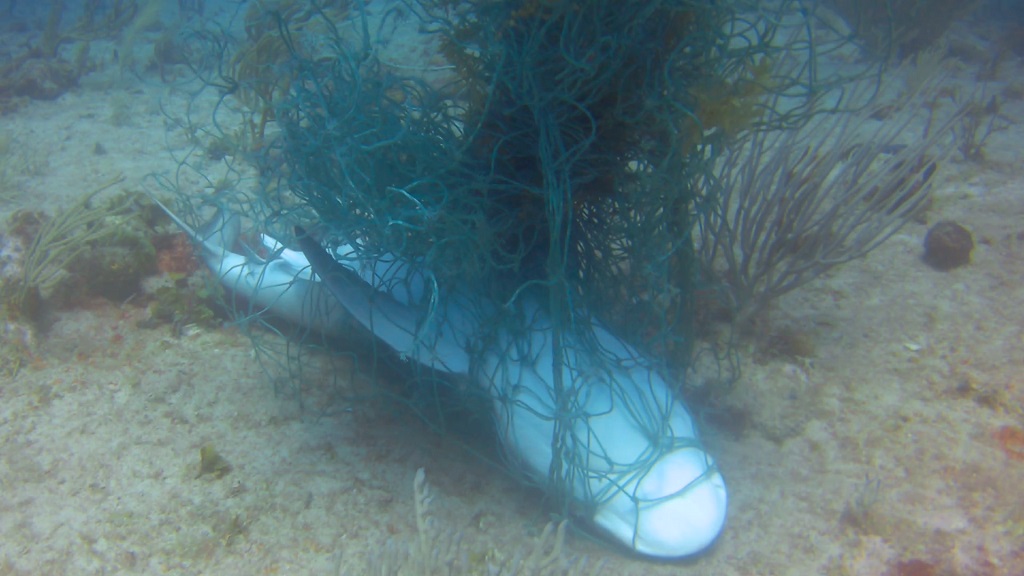 It says ghost nets are part of the ongoing problem of marine debris and human impact.

Leslie Hickerson Educational Outreach Officer for the Nature Foundation says: “Sharks play an important role in the health of our marine ecosystem which leads to greater biodiversity, healthier fish stocks and a stronger reef system.

The coral reef protects us from storm surge during hurricanes, helps keep our water clean and clear and draws in tourists to sustain us financially.

Defending the reef and the marine life that lives there is vital for the future of St Maarten.”

A resident assisted the shark in finding its way back to the ocean.

Nature Foundation says this was a unique experience as the Sandbar species is a very rare shark to be spotted in this area.

This is also the first time the Foundation has recorded one being found in Sint Maarten. 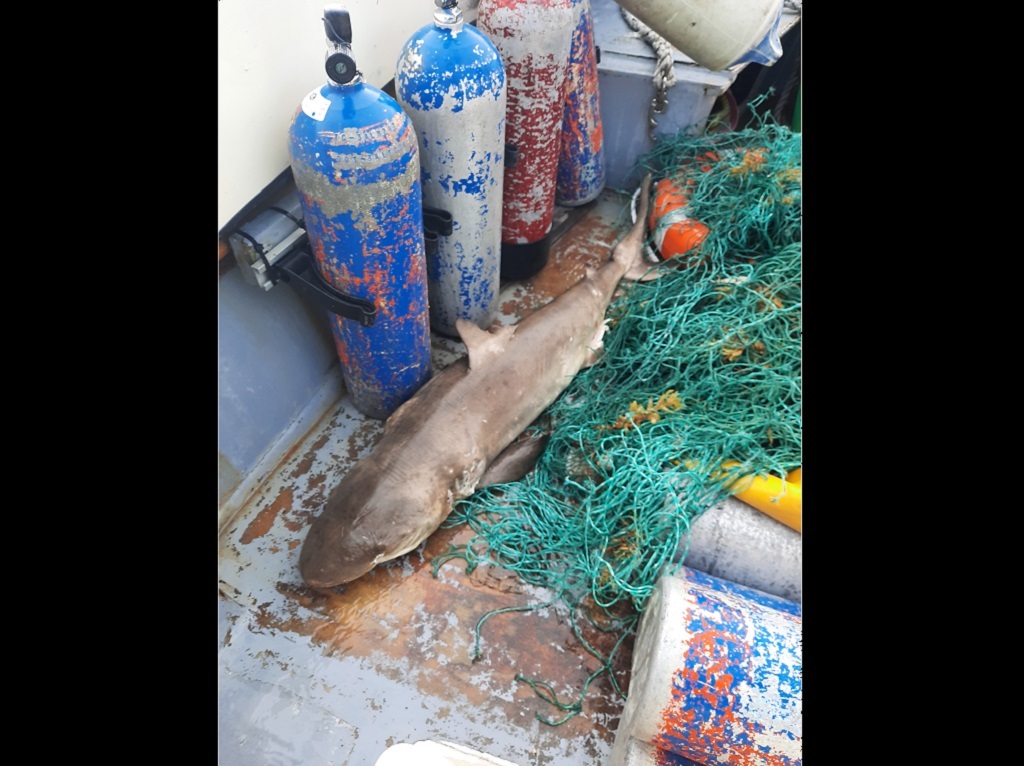 Nature Foundation Manager Melanie Meijer zu Schlochtern says: “We were so happy to see that a local resident stepped in to help this animal in distress.

It shows that the people of St Maarten can see that there is nothing to be feared from sharks, especially in this situation where the animal is suffering and needs help.

We hope that more people are inspired by the work of this good Samaritan and help us to take steps in protecting the natural environment of St Maarten and stop the irrational fear of sharks.”