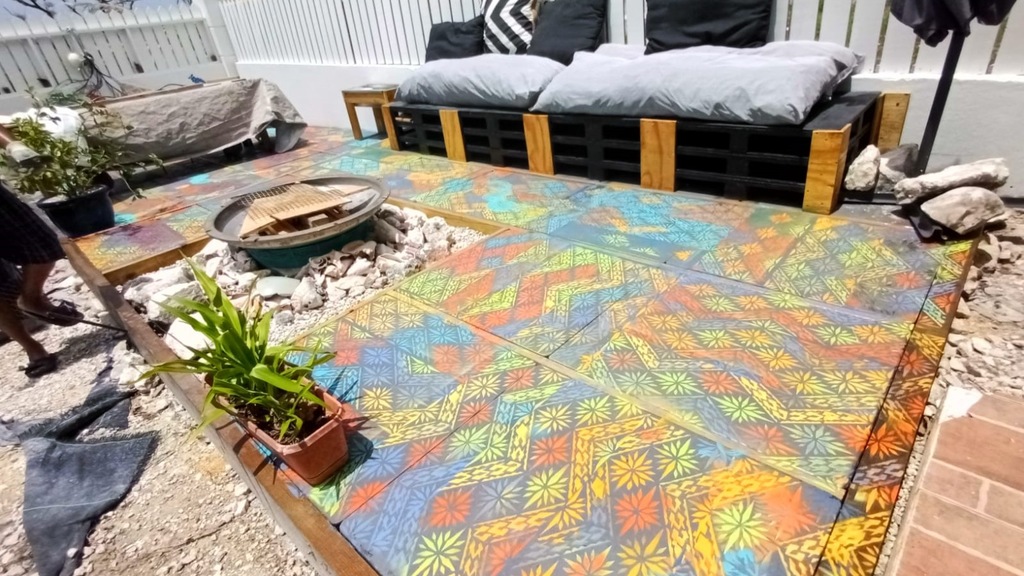 Cajouben, a tyre recycling company in The Bahamas was founded by a six-year-old. They use tyres and other discarded materials for home maintenance.

COVID-19 and the restrictions to curb its spread has affected many businesses, particularly those associated with socialising and tourism.

As an entrepreneur whose business was centred around turning tyres into accessories, Candis Marshall has had to pivot like so many others in order to keep her income flowing.

The Bahamian businesswoman and mother of three, now recycles tyres and scrap material from construction sites into home and garden furniture and fixtures.

“Everything I was doing was around the tourism product, I would sell to tourists and even abroad but there is no demand for accessories now. Since COVID I transitioned back to making furniture as people are tending now to their homes so I am doing home maintenance,” she said.

She added: “One of the pieces I did recently in the past month was a selection of garden pots for an elevated garden for a client. For a client’s home, we took 62 plastic pallets that were being discarded and transformed it into a deck. We used scrap pieces of wood and turned it into a table and seating. I am taking all this raw material that is making its way to the garbage dump and turning it into garden furniture to make it through COVID."

Marshall is the owner of Cajouben. The word is a combination of her name and that of her eldest son Joshua and means family, she said.

The business was started in 2015, inspired by Joshua who was six-years-old at the time.

She recalled: “He came home one day and said that school was stressing him out and he needed a vacation so I told him, 'Man I don’t have any money for a vacation but if you could come up with an idea I will help you work that idea so you can go on vacation and whatever money you make I will match it'. I sent him off and a couple hours later he came back with an old tyre and said, 'Mummy, I got it, I know what I am going to do'. He said, 'I am going to make wallets out of tyres'.” 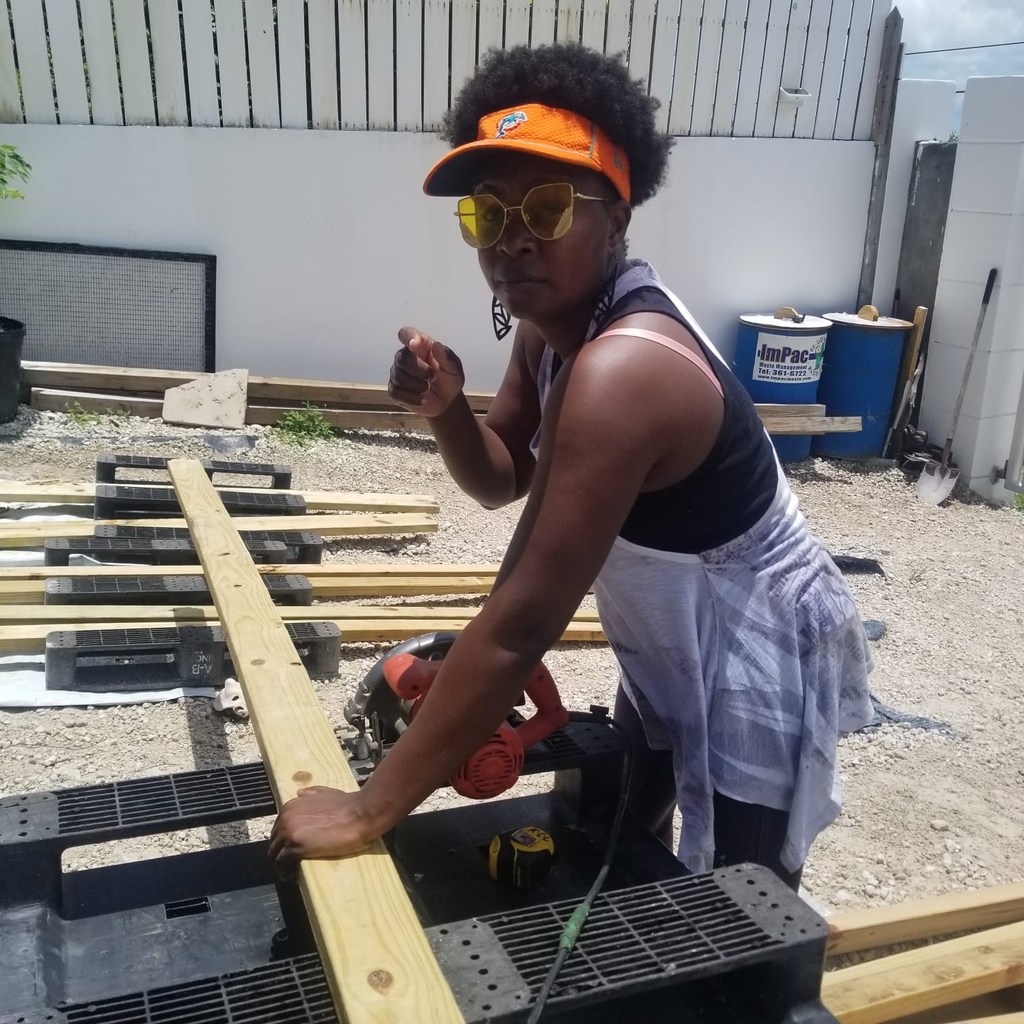 Candis Marshall has gone from making accessories from tyres to installing furniture and other fixtures with recycled materials.

Marshall, a freelance artist and author of 'The Non Adventure Adventures of Nothing Special: The Secret of the Seed', said neither of them had a clue how to do it but her son was determined to figure it out. They came up with a simple way to make the wallets and sold them at a local exhibition.

“They sold out really quickly and he came up with the idea to sell lessons. He corralled all of the children in the room, charged them a buck and taught them to make a wallet. By the end of the day, in less than two hours he had BSD$175 and that is our origin story,” she said.

Marshall said two weeks after that show, she got a grant to launch an apprenticeship program for at-risk youth that would introduce them to entrepreneurship and teach them to create their own products from recyclable materials.

The summer programme, called the Mega Merger Apprenticeship Programme, was oversubscribed with over 200 children in the first five days and they didn’t have enough material. Her son suggested they use discarded tyres from nearby tyre shops and teach the children how to make items from them.

“He sat with me that weekend and we spoke about how all of this is supposed to work and what his thoughts were and my thoughts were. He made a foot rest from a tyre as a demo for the kids and he carried it to them and they said there is no way we could make things from tyres and they looked at the foot rest and said, Why can’t we make that? I flipped it over and said, 'Boom, it's tyres',” she said. 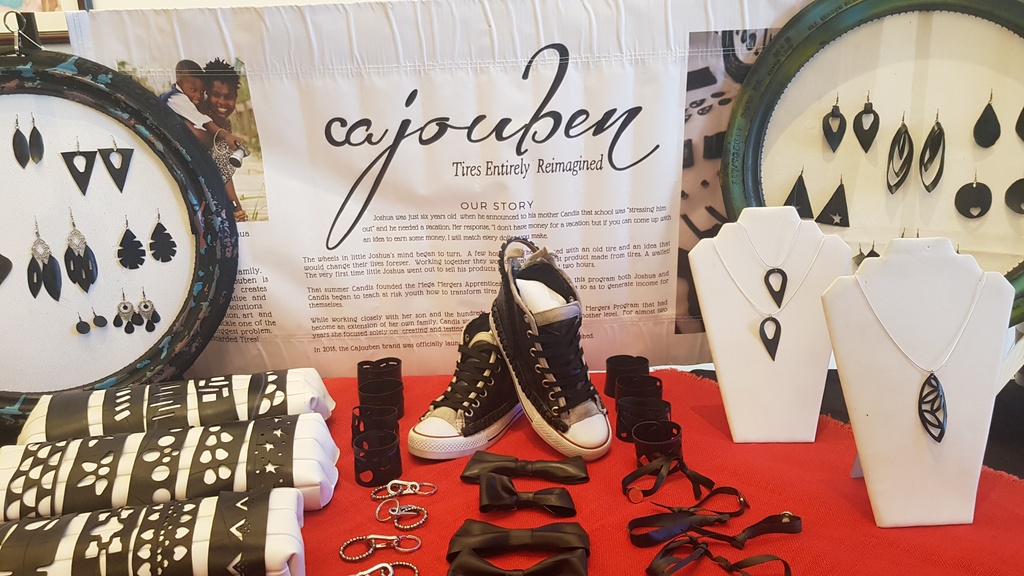 Cajouben accessories made from tyres

Marshall challenged the children to start a business of their own with no money but they said it was impossible. A few months later she challenged herself to do the same.

“I borrowed BSD$10 from my mum to start this business. I used it to cleaning liquids and cutting blades and in the first year we went to every event we could find. We partnered with every person that would let us and in 10 months we made BSD$25,000. We were crazy,” she said. “I had a point to prove to those kids that you could do anything you set your mind to.” 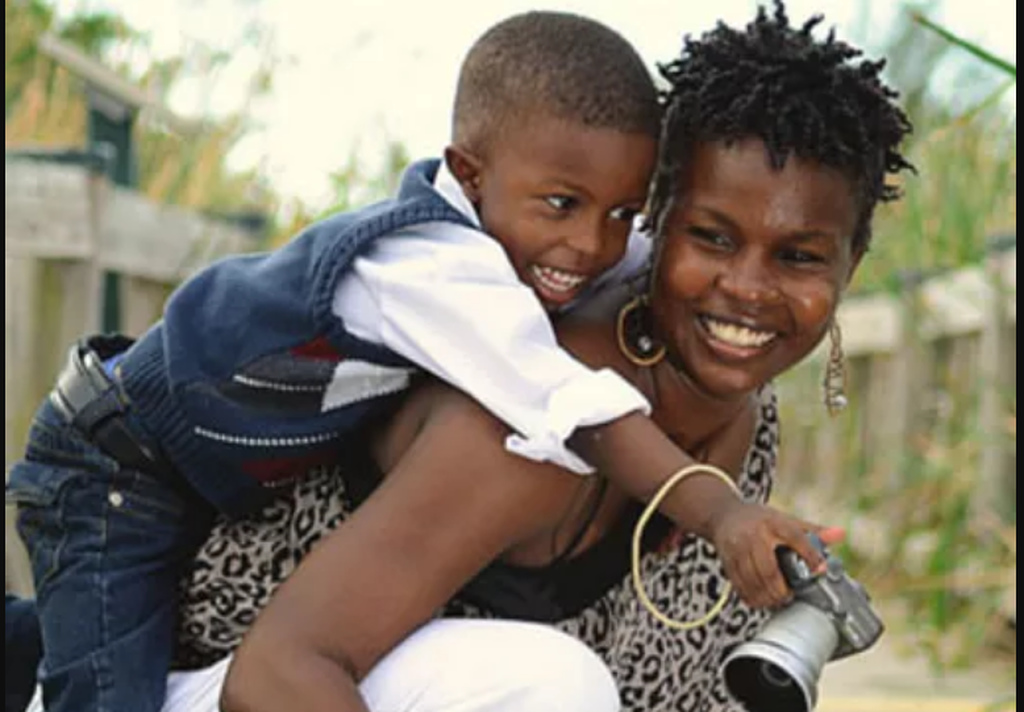 Four years later, Cajouben has moved from a non-profit to a for-profit business.

When I met Marshall in Nassau back in January at the Caribbean Hotels and Tourism Association (CHTA) Travel Marketplace Expo at the Grand Hyatt Hotel she was selling a range of accessories — bracelets, necklaces, bowties, earrings and even a pair of tennis shoes — all made from tyres.

Marshall said they have 60 different types of products made from used tyres including playground equipment. 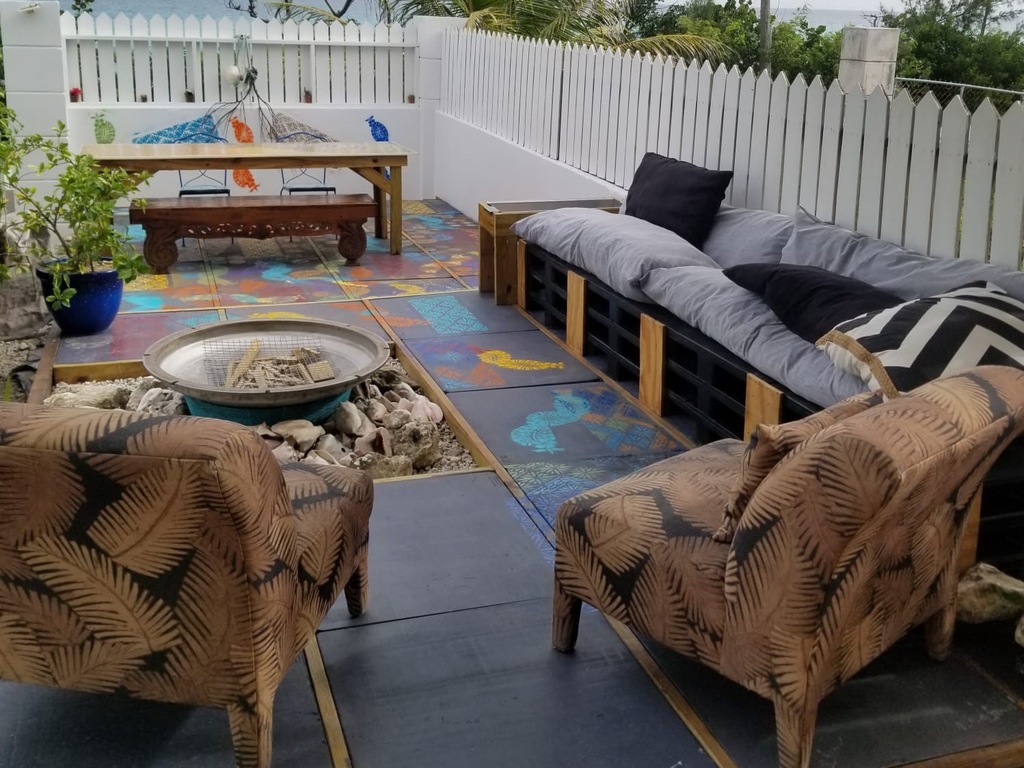 Cajouben patio made with discarded materials.

Marshall still teaches children every summer on the art of making products from tyres. She works with children from the British Virgin Islands and The Bahamas including those with special needs.

She said when they have big orders, they enlist the help of those children and pay them so they can make money for themselves.

Her son, who worked as the salesman, has now taken a backseat as he contemplates his next money-making move.

While Marshall is busy installing fixtures at people’s homes, her son, now, 11, has used discarded concrete planks and wood from a construction site to create a six-hole mini golf course at home where they have had ongoing tournaments.