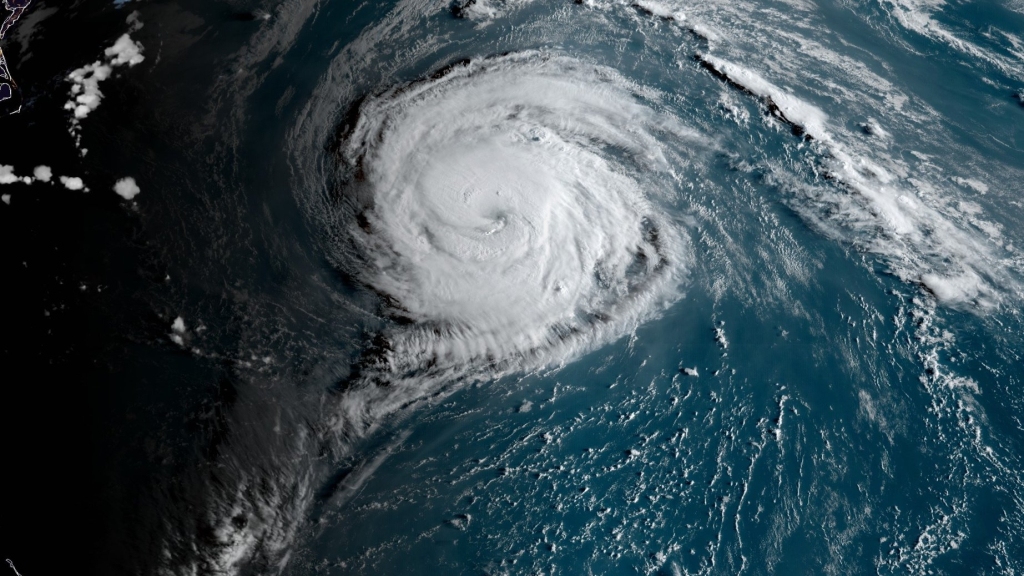 The 2020 Atlantic hurricane season is so active that the regular list of storm names is almost exhausted. 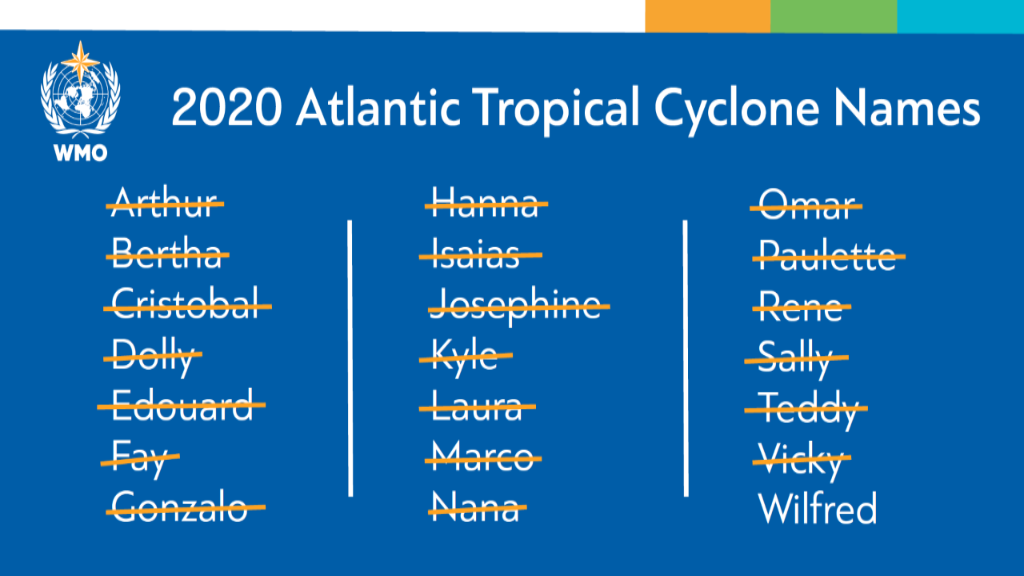 The World Meteorological Organisation (WMO) said if the list is used up, the Greek alphabet will be utilised for the second time on record.

The US National Hurricane Centre on Monday issued advisories on five tropical cyclones over the Atlantic basin (Paulette, Rene, Sally, Teddy and Vicky). This ties the record for the most number of tropical cyclones in that basin at one time, last set in September 1971.

WMO uses rotating lists of names in alphabetical order for tropical cyclones. Male and female names are alternated, and the lists are used every six years.

If a hurricane is particularly devastating or deadly, its name is retired and a new one selected.

The WMO explained that the hurricane name lists include just 21 letters out of 26 because it is not easy to find six appropriate names for the six rotating lists starting with Q, U, X, Y and Z. In the interests of safety, it said that names must be easily recognisable.

Additionally, names must reflect a balance between French, Spanish and English names due to the geographical coverage of the storms throughout the Atlantic and Caribbean. They also have to respect societal sensitivities. 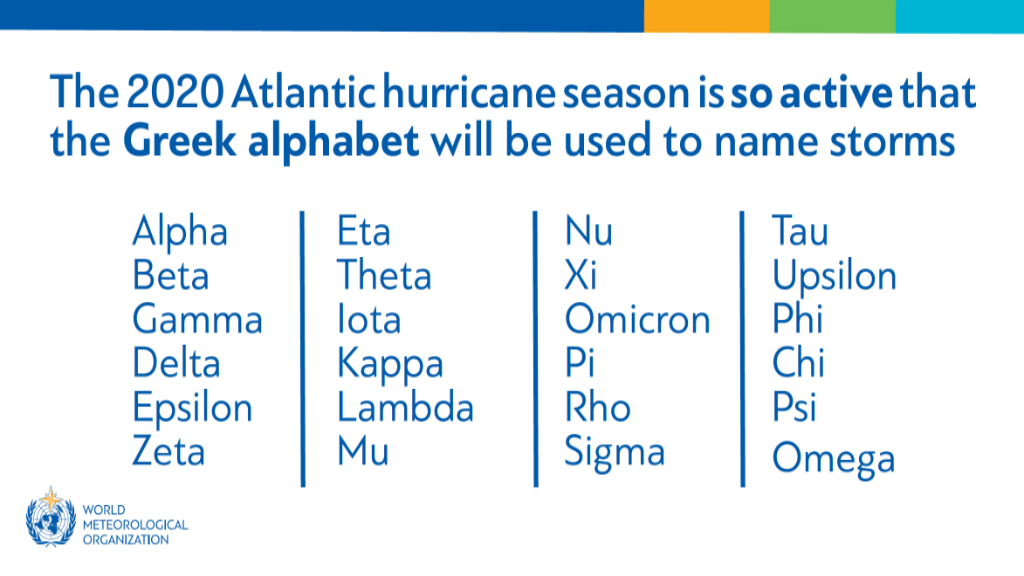 The use of the Greek alphabet has only happened once before in 2005, when six names from the Greek Alphabet were used. This was a record-breaking year with devastating hurricanes including Katrina, Rita and Wilma, whose names were all retired.

Watch:This is what it's like to be in Bermuda after hurricane Paulette