Neither the rain nor the COVID-19 pandemic could have stopped the 41st National Independence Day military parade and celebrations in St Vincent and the Grenadines.

The event was marked at Victoria Park under the theme “With Strength, Honour, and Dignity, We stand resolute at forty-one and beyond.”

Prime Minister Dr Ralph Gonsalves in his Independence address announced some goodies for the education sector.

He said close to 15,000 Samsung devices tablets which were announced as part of a COVID-19 package to assist with online teaching and learning will arrive in the country on October 28. 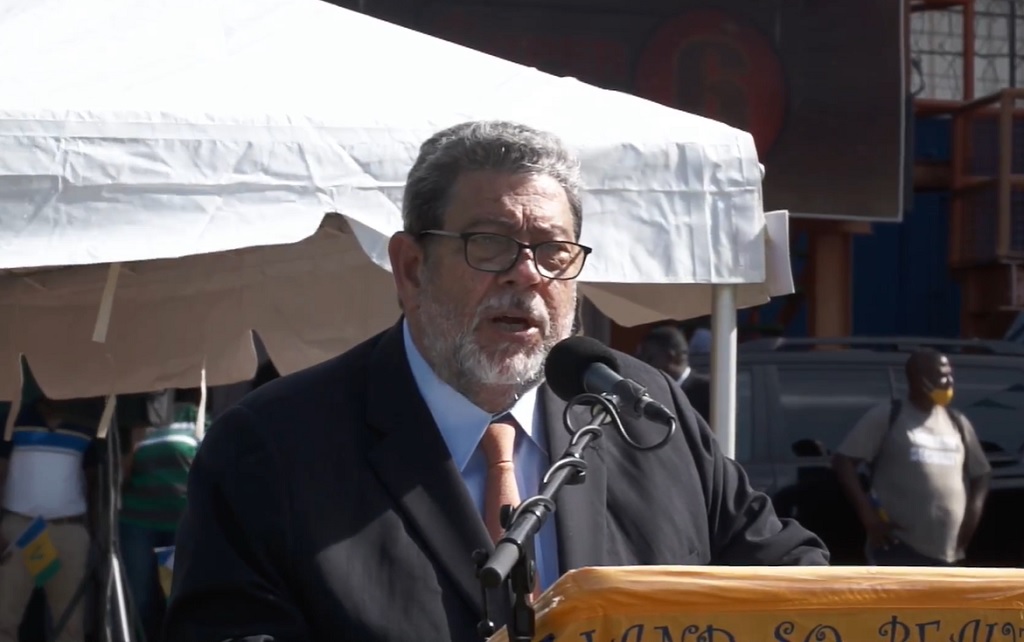 Prime Minister Dr Ralph Gonsalves speaking at the 41st anniversary of Independence of St Vincent and the Grenadines.

There are already 3,000 tablets in stock which will be distributed this week.

Gonsalves said all students at the community college, secondary school and CPEA class will each receive the gift of their own tablet to assist in their learning.

The prime minister said generic tablet devices have also been ordered for grade 5 students in primary school and downward.

It was also announced that 58 students have been recommended to be awarded scholarships, exhibitions and bursaries from the recent CAPE and associate degree exams.

Meanwhile, the prime minister reminded citizens how SVG gained its Independence and warned against those, who he claimed are seeking to have it recolonised.

“Some in our midst now propose aggressively to have foreign buyers if our passports and citizenship from Europe and China re-colonisers and thus reverse our nation's sustainable development,” said Gonsalves.

With the island in the midst of an election, Gonsalves warned that at a time of turbulence, citizens should not chance half-baked ideas under those with learner’s permits.

“Please do not risk your future on follies and inexperienced unknowing hands and reckless minds,” he said.

St Vincent and the Grenadines gained its independence from Britain on October 27, 1979.

Sandals team touches down in St Vincent and the Grenadines