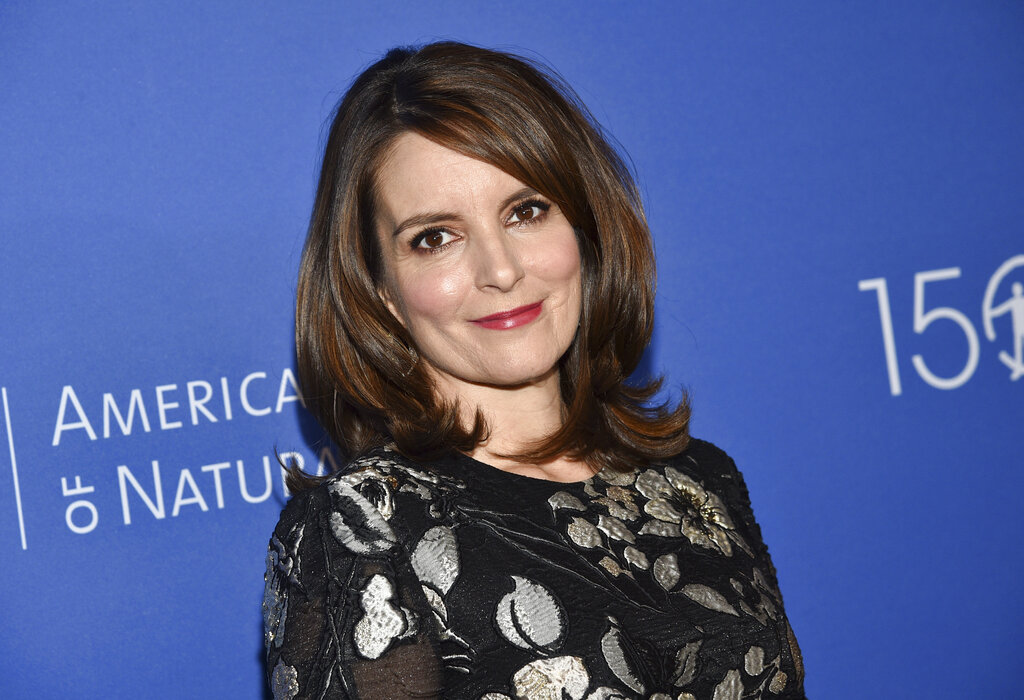 FILE - In this November 21, 2019, file photo, actress Tina Fey attends the American Museum of Natural History's 2019 Museum Gala in New York. Fey says more than $115 million was raised toward supporting New Yorkers impacted by COVID-19 during a virtual telethon. A tearful Fey said “Thank you, thank you" in reaching the dollar amount as host of the Rise Up New York! event Monday, May 11, 2020. (Photo by Evan Agostini/Invision/AP, File)

Tina Fey shed tears after announcing that more than $115 million was raised toward supporting New Yorkers impacted by COVID-19 during a virtual telethon.

“Thank you, thank you,” said a tearful Fey, the host of the Rise Up New York! event Monday evening. The Emmy-winning actress along with other A-list celebrities from Barbra Streisand, Jennifer Lopez and Michael Strahan asked for donations to help relief and recovery efforts.

“Our city is under attack, but we’ve been here before,” Robert De Niro said. “In the last 20 years, both 9/11 and Hurricane Sandy. You can take your best shot but you cannot break our spirit.”

The one-hour benefit was presented by the New York-based poverty-fighting organisation, Robin Hood, and iHeartMedia.

“If you had breakfast today, you are better off than 2 million of your neighbours who woke up hungry,” Fey said.

Mariah Carey performed her 1992 song “Make It Happen.” She sang while her backup singers and pianist performed on separate screens to the upbeat tune.

“We can make it through this together,” Carey said.

Spike Lee shared encouraging words that sports would return someday soon. Streisand and Audra McDonald showed the same optimism about New York City’s Theater District coming back “stronger than ever” after being closed due to the pandemic lockdown.

New York Giants greats including Strahan, Eli Manning, Phil Simms and Justin Tuck announced an opportunity, through sweepstakes, for one fan to play a game of touch football with the players in their own backyard and get a Super Bowl ring. The winner of the sweepstakes and three friends will have a chance to play against the players.

Other musical performances included Sting’s “Message in a Bottle” and Bon Jovi’s “It’s My Life.”

Billy Joel closed out the benefit performing “Miami 2017" after being introduced by New York Gov Andrew Cuomo. The performance was simultaneously shown on 13 of Time Square's digital billboards. A choreographed lighting show debuted at the Empire State Building that will repeat at 9 pm EST throughout the week.

For most people, the coronavirus causes mild or moderate symptoms, such as fever and cough that clear up in two to three weeks. For some, especially older adults and people with existing health problems, it can cause more severe illness, including pneumonia, and death. The vast majority of people recover.

US relief cheques begin arriving as economic damage piles up