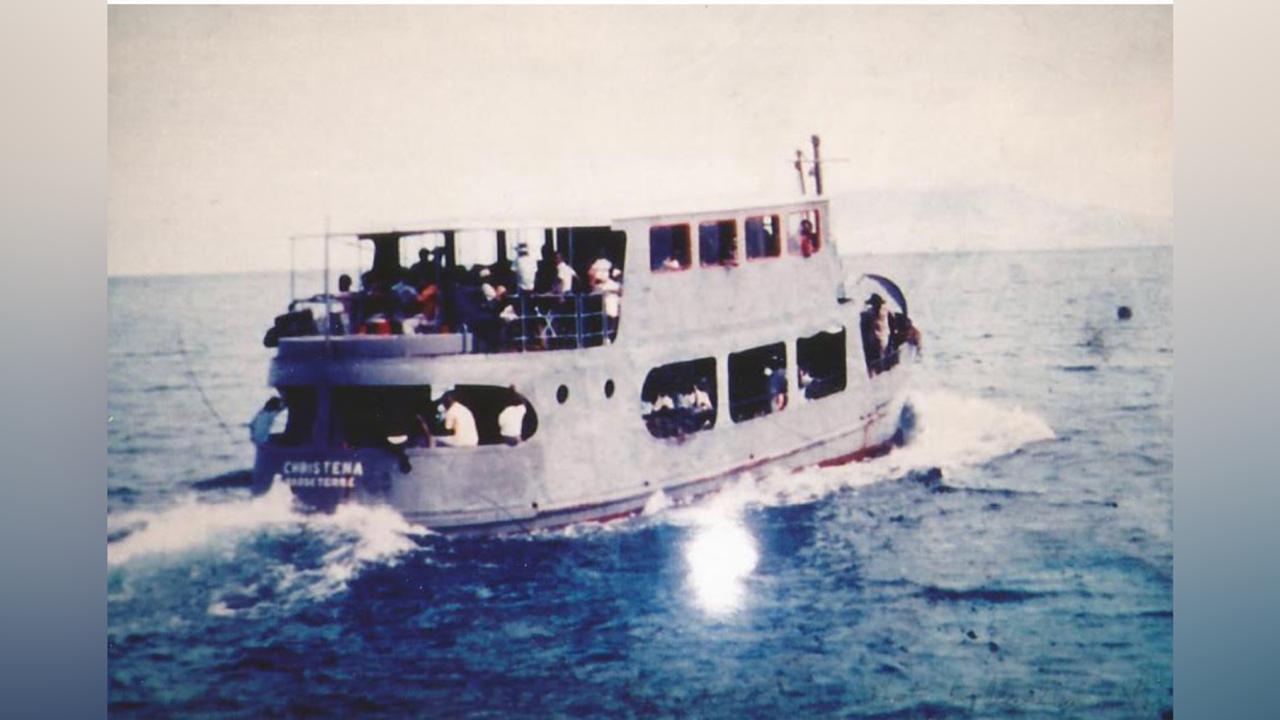 The MV Christena before it sunk, claiming the lives of 233 nationals and tourists. Picture courtesy the St Kitts-Nevis Information Service.

On August 1 1970, the MV Christena a government-operated passenger ferry sank while making the journey from St Kitts to the sister isle, Nevis.

The vessel which had a maximum capacity of 180 was carrying 321 passengers at the time of the tragic incident.

During a special sitting of the Nevis Island Assembly held to commemorate the 50th anniversary of the MV Christena disaster, he said the tragedy helped shape the future of the two-island state.

“In the history of all great people and nations, there are defining moments that last throughout the ages. Some are economic, some are political, some are natural, while others are social. Then there are those seemingly singular events that touch, affect all segments of society. The sinking of the MV Christena on August 1st, 1970, was such an event for the people of St. Kitts and Nevis,” he said

Prime Minister Harris said the anniversary of the Christena tragedy presents an opportunity to pay tribute to those who died while celebrating the survivors.

He said: “We are here 50 years later to recall this tragedy, and to remember the two hundred plus souls that perished when Christena slipped below the waves. We come too to celebrate the strength and resilience of the ninety-one survivors. It is a testament to the transformative nature of the event on the Nation: on the people of Nevis and the people of St. Kitts.”

The Christena disaster is the single greatest catastrophe to have occurred in St. Kitts and Nevis.

The vessel sank in The Narrows between the islands of St. Kitts and Nevis after encountering difficulty.

Nevisians, Kittitians and tourists to the Federation were among those on board.

Two hundred and thirty-three people perished in the ordeal.

Among them, former Prime Minister Dr Kennedy Simmonds and Dr Cuthbert who both treated survivors in the aftermath of the Christena incident.

Sir Kennedy Simmonds has risen to the rank of National Hero.

The late Sir Cuthbert Sebastian went on to serve as the second Governor-General after St Kitts and Nevis became an independent state.

Harris said: “If national tragedy indeed tests the mettle of a people, the people of Nevis and St. Kitts demonstrated superhuman strength and resilience immediately following the disaster, and in the ensuing 50 years."

On August 1, 2011, 41 years after the tragedy, the Christena Memorial was erected at the waterfront of Charlestown, giving persons a central location to pay their respects to the lives lost during the disaster.

The government of St Kitts and Nevis ordered that all flags be flown at half-mast in commemoration of the tragic incident.

There have been conflicting reports about what caused the devastating accident.

St Kitts & Nevis election focus: A look at how it all began

PM Harris: Let's work together for the future of St Kitts-Nevis