Saba’s “Dragon” listed as its own species 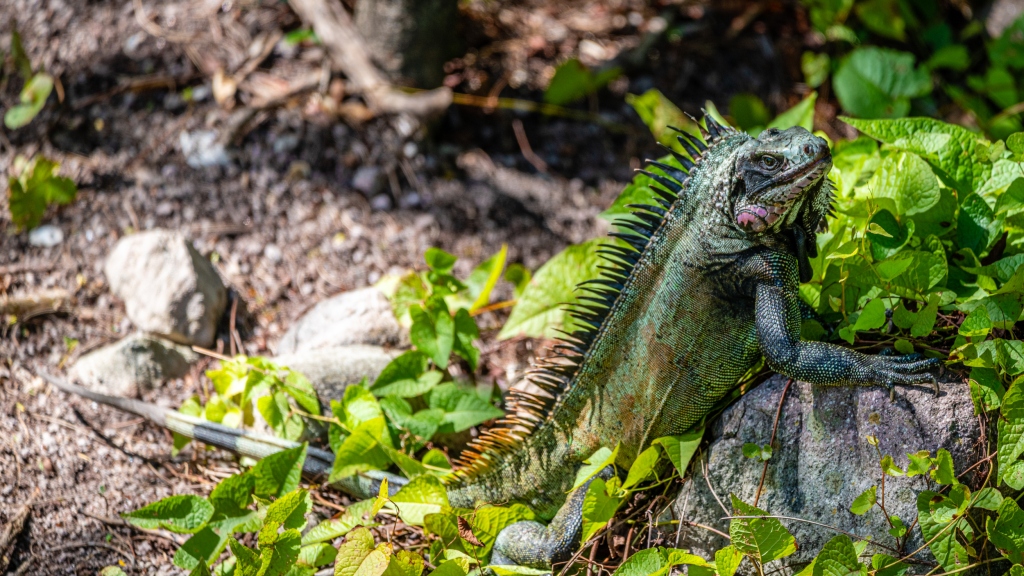 The Saba Melanistic (Black) Iguana can claim its right to freely eat any vegetation across the Dutch Caribbean territory and Montserrat since scientists have recognized the lizard as an endemic species.

The iguana received the designation in a new study titled “a new melanistic endemic species from Saba and Montserrat Islands” that was published in the Zoo Keys Journal.

This is not the first time that the Saba Black Iguana, which is known locally as the dragon, was recognized as distinct from other reptiles since authors Robert Powell, Robert W Henderson and John S Parmerlee Jr noted the observation in their book “The Reptiles and Amphibians of the Dutch Caribbean.”

Researchers said the iguana was recognized as its own species following a combination of characteristics including private microsatellite alleles, a unique mitochondrial ND4 haplotype, a distinctive black spot between the eye and tympanum, a dorsal carpet pattern on juveniles and young adults and a lack of horns on the snout.

"Priority actions for the conservation of the species Iguana melanoderma are biosecurity, minimization of hunting, and habitat conservation. The maritime and airport authorities of both islands must be vigilant about the movements of iguanas, or their sub-products, in either direction, even if the animals remain within the same territory. Capacity-building and awareness-raising should strengthen the islands' biosecurity system and could enhance pride in this flagship species," Grandjean, of the University of Poitiers, France, stated.

The Saba Conservation Foundation (SCF) in 2017 erected signs around the island to raise awareness about the iguanas on the road.