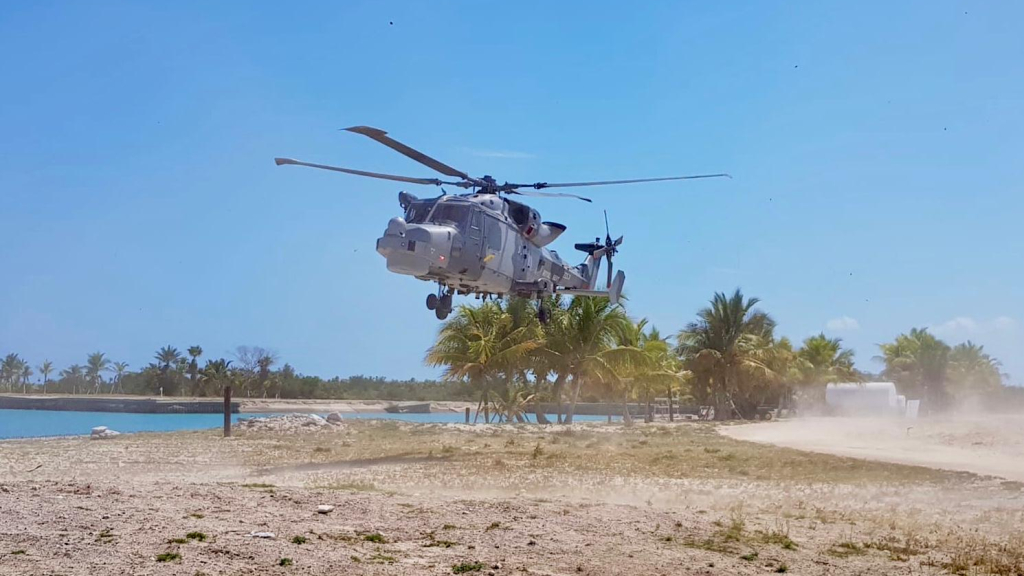 The Royal Navy of the United Kingdom has started training for its 2020 Atlantic Hurricane Season response missions.

The exercise, which runs until May 10th, took place on West Caicos and Ambergris Cay in the Turks and Caicos Islands.

According to the Royal Navy, training will involve RFA Argus and HMS Medway, as well as Merlin and Wildcat helicopters and specialist personnel.

The teams will practice their skills in surveying islands that have – for the purpose of the exercise - been hit by a hurricane, before bringing in aid using helicopters and boats, and repairing damaged infrastructure.

The Royal Navy also noted that its personnel have all tested negative for the coronavirus and spent 14 days quarantined onboard their ships.

Additionally, personnel will set foot ashore but they will not come into contact with anyone from the islands during this time.

The 2020 Hurricane Season is forecast to be above normal with four to 18 tropical storms of which seven to nine are forecast to become hurricanes.