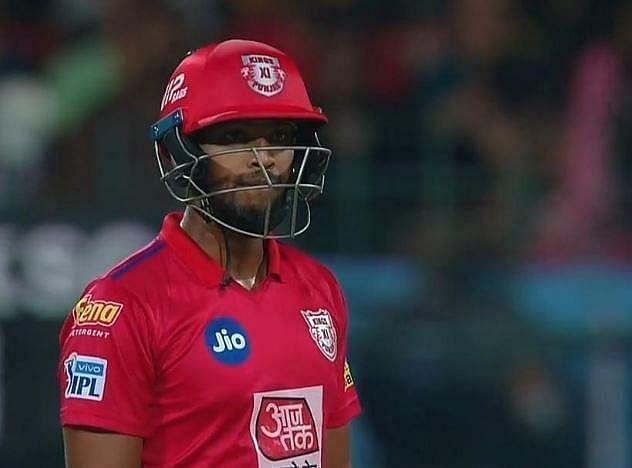 Nicholas Pooran topscored for Kings XI Punjab with 32 not out.

Needing 27 runs off the last four overs with seven wickets in hand, Hyderabad fell short by 12 runs as Chris Jordan (3-17) and Arshdeep Singh (3-23) grabbed six of the last seven wickets and bowled out their rivals for 114 runs in 19.5 overs.

In-form Punjab could only post 126 for seven – Pooran top-scoring with 32 not out on a slow track. Gayle was dismissed for 20 by West Indies captain Jason Holder.

Punjab’s brittle middle order continued to struggle in the tournament with Glenn Maxwell yet again being dismissed cheaply, this time 12. The Australian’s poor form has seen him score just 102 runs in 11 matches.

“Winning is a habit, which we didn’t find in the first half,” Punjab captain Rahul said. “Honestly, I’m speechless. Everybody’s chipped in. Low-scoring games are when you realise the importance of those 10-15 runs scored by batsmen, those diving stops, and those tight overs.”

Captain David Warner (35) and Jonny Bairstow (19) gave a solid stand of 56 off 37 balls to Hyderabad before both fell soon after the powerplay.

Manish Pandey (15 off 29 balls) and Vijay Shankar (27 off 27 balls) were strangled by the spinners before Jordan returned in the 17th over and had Pandey caught in the deep.

Arshdeep had Shankar caught behind in the next over, and Jordan removed Holder (5) and Khan (0) in the following over off successive deliveries. Arshdeep wrapped up the innings in the last over as Punjab fielders made brilliant catches.

“It does hurt,” Warner said. “Our bowlers did a fantastic job to restrict them … just got to forget this game and move on. We have to start again next match.”

Punjab, which at one stage was in last place, now hold down fifth. Hyderabad are sixth.