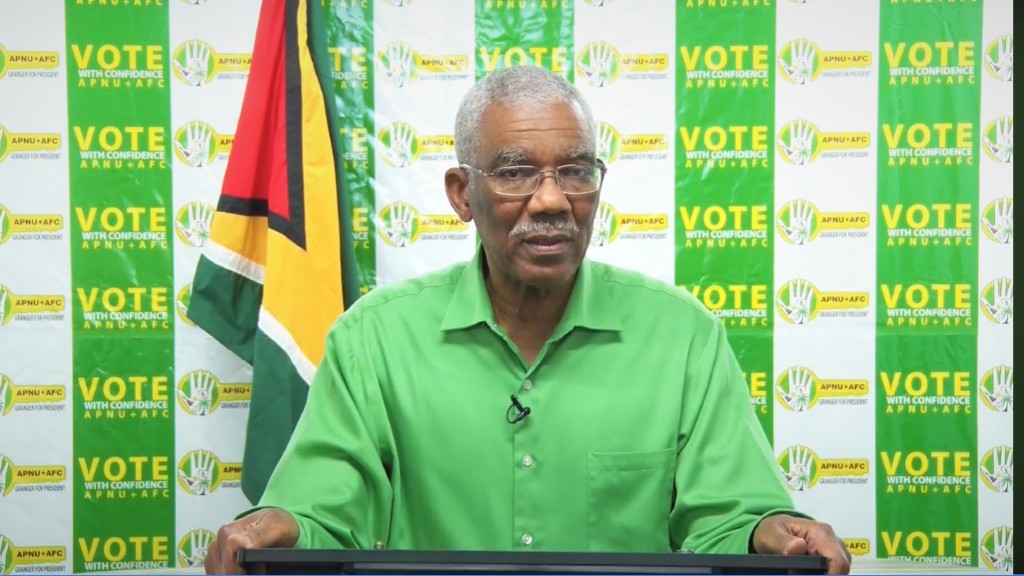 President David Granger has called on all Guyanese to await the outcome of the national recount of votes which is scheduled to begin from 8 am on Wednesday.

In a national address on Monday, Granger said he welcomed the Guyana Election Commission’s (GECOM) announcement that the recount will start this week.

“I have said, repeatedly, that I shall accept the declaration of the results by the Elections Commission, which will allow for a democratically elected government to be sworn-in to office,” Granger said.

“The General and Regional Elections were free, fair and orderly. Subsequent events resulted in the prolongation of the electoral process well beyond the deadline for the declaration of results. That prolongation was occasioned by a delay owing to legal challenges in the Supreme Court of Judicature and the Court of Appeal.”

Granger noted he has complied with court rulings and never interfered with GECOM.

He also highlighted that he supported the Caribbean Community sending a task force to scrutinize the process.