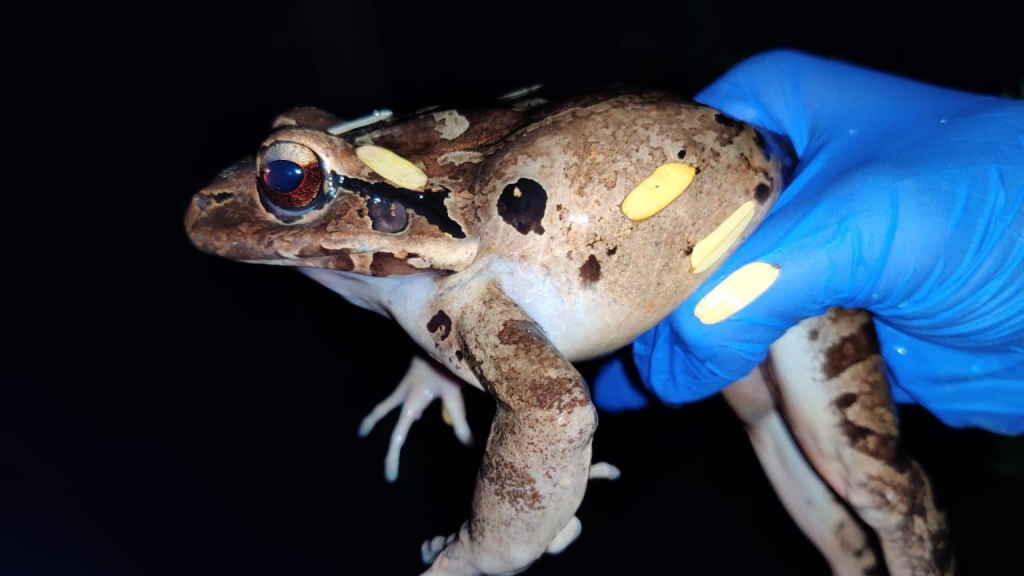 The Montserrat Department of Environment, Durrell Wildlife Conservation Trust and Montserrat National Trust have been able to successfully clear the deadly chytrid fungus from a population of captive mountain chicken frogs

It’s the first time that scientists have been able to clear the fungus from a population living in a facility that replicates the wild.

The chytrid fungus is deadly to amphibians since it attack’s the animal's skin tissue and causes problems with respiration and water uptake.

Last year, a group of 27 captive-bred mountain chicken from the Jersey Zoo and ZSL London Zoo were reintroduced into semi-wild enclosures on their native island, with the aim of restoring a population of this once-abundant frog.

The Department of Environment noted chytrid infection was first seen within the reintroduced population in April this year, right in the midst of the COVID-19 lockdown and the greatest dry spell the Eastern Caribbean region had experienced in 80 years.

The department said scientists and field biologists quickly intervened and managed to successfully eliminate the fungus from the semi-wild enclosures.

“To do so, they modified treatment protocol developed during previous releases, which utilised anti-fungal treatment and rehydration salts shown to reduce short-term risk from the disease, explained the Department of Environment.  This time however, the team were able to fully clear infection,” the department said in a media release.

“The results of the team’s efforts have huge implications for amphibians worldwide, providing a proven tool to facilitate survival of these valuable species at risk. It is thought that many species could benefit from similar management.”

Durrell’s Luke Jones, Project Coordinator for the Mountain Chicken Recovery Programme, said: “To have successfully reached this milestone in the first year since release is absolutely phenomenal. There is still plenty of work to be done, as we look to determine whether our environmental manipulation techniques, currently being tested in the enclosure, can prevent or limit future outbreaks of the disease.”

To add to this success, fertile mountain chicken frog nests have also been confirmed on the island for the first time in nearly a decade, though none of the tadpoles have yet survived to become young frogs.

“Given the results this year, we believe that it’s only a matter of time until we see successful breeding attempts,” Luke stated.

He added, “It could still be several years until this point as the frogs released are still young.”

The Department of Environment also expressed joy that the calls of mountain chickens are once again being heard on Montserrat.

The public weighs in on same sex unions in Montserrat

Montserrat believes island has potential for a World Heritage Site