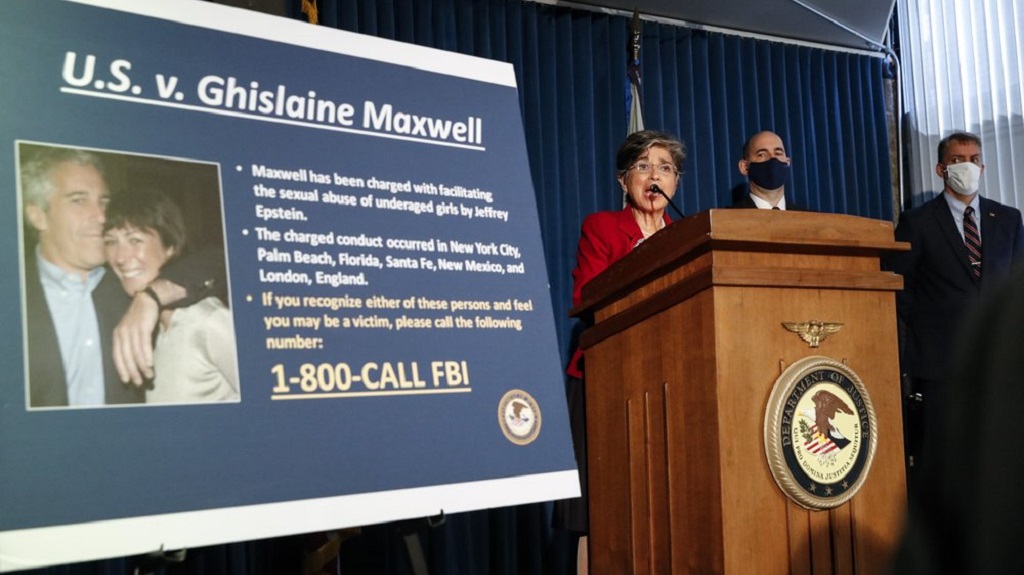 Jeffrey Epstein's ex-girlfriend will appear remotely by video for a July 14 courthouse arraignment and bail hearing on charges she recruited girls for him to sexually abuse over two decades ago, a judge said Tuesday.

US District Judge Alison J Nathan set the date in an order as she announced special arrangements to allow limited public access to the video feed of Ghislaine Maxwell facing charges for the first time in Manhattan federal court next week.

The 58-year-old British socialite was arrested last week at a $1 million estate she bought months ago in New Hampshire, where prosecutors say she had been hiding after Epstein killed himself in a Manhattan lockup last August. At the time, Epstein, 66, was facing sex trafficking charges.

Maxwell was brought to New York City by the US Marshals Service on Monday, when she was housed at a Brooklyn federal detention centre.

Her lawyers did not return a message seeking comment, though they said in court papers that they spoke with her Monday evening.

Prosecutors say they plan to ask that Maxwell be kept incarcerated pending trial on the grounds that she has the money, the overseas connections and the incentive to flee. They said she also was a citizen of the US, the United Kingdom and France.

Besides a telephone feed available to the public for the hearing, the judge said a video feed of the remote proceedings also will be set up in the courthouse jury assembly room.

"Due to social distancing requirements, seating will be extremely limited," the judge wrote. All visitors to the courthouse will also have their temperatures checked and face masks will be required, she added.

In an indictment unsealed last week, prosecutors relied on statements by three women who alleged they were recruited by Maxwell and sexually abused by Epstein from 1994 through 1997.

The court papers alleged that the abuse began when one of them was as young as 14 and occurred at residences in Palm Beach, Florida; Santa Fe, New Mexico, and London.

Maxwell has repeatedly denied wrongdoing and called some of the claims against her "absolute rubbish."

Records: Epstein signed will 2 days before taking his life