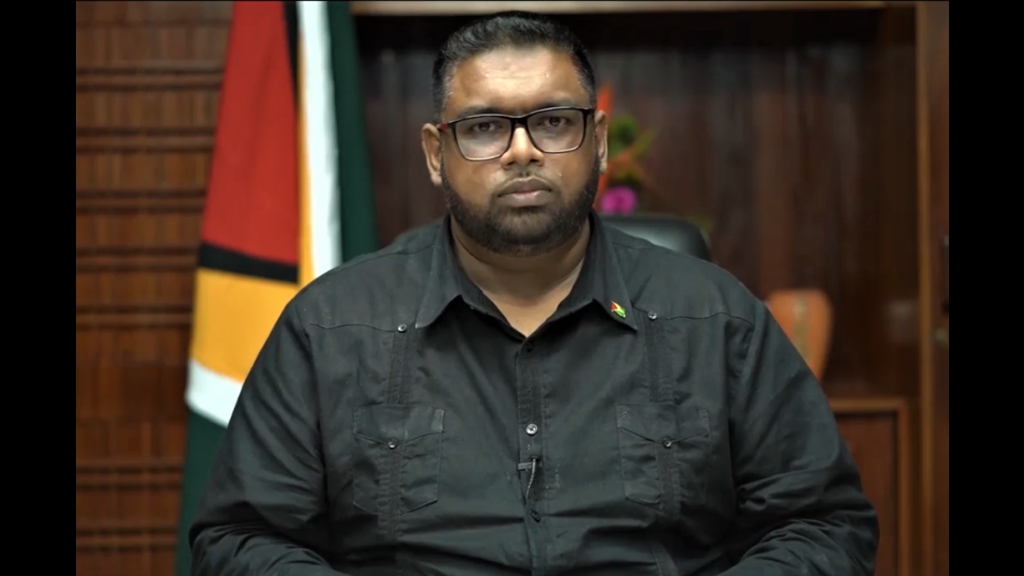 The Government of Guyana will mobilise an International Commission of Inquiry (COI) to examine all aspects that led to violent protests and reprisal killings in West Coast Berbice.

The violence followed the gruesome murders of 18-year-old Joel Henry and his 16-year-old cousin Isaiah on Saturday.

In an address to the nation Wednesday evening, Guyanese President Dr Mohammed Irfan Ali announced a series of efforts to quell the violence.

(Video: Office of the President of Guyana)

A formal request has been made to the Regional Security System and the British Government for help to boost the investigative capacity of the Guyana Police Force.

“The events surrounding these horrific and barbaric acts of murder and the criminality that saw the loss of property — that saw even the loss of lives, people being chopped, robbed and brutally assaulted — require a more comprehensive and holistic review and as such, we need to get to the bottom of this,” Ali said.

Attorney General Mohabir Anil Nandlall has also been instructed by Ali to approach the United Nations for assistance “to hold to account, all those who spread race hate and instigate racial strife”.

“There is no gain that you can get out of this. The only persons who lose are the families who are suffering, the people who received and who were inflicted with blows and loss of property and the country; the credibility and image of our country suffers greatly."