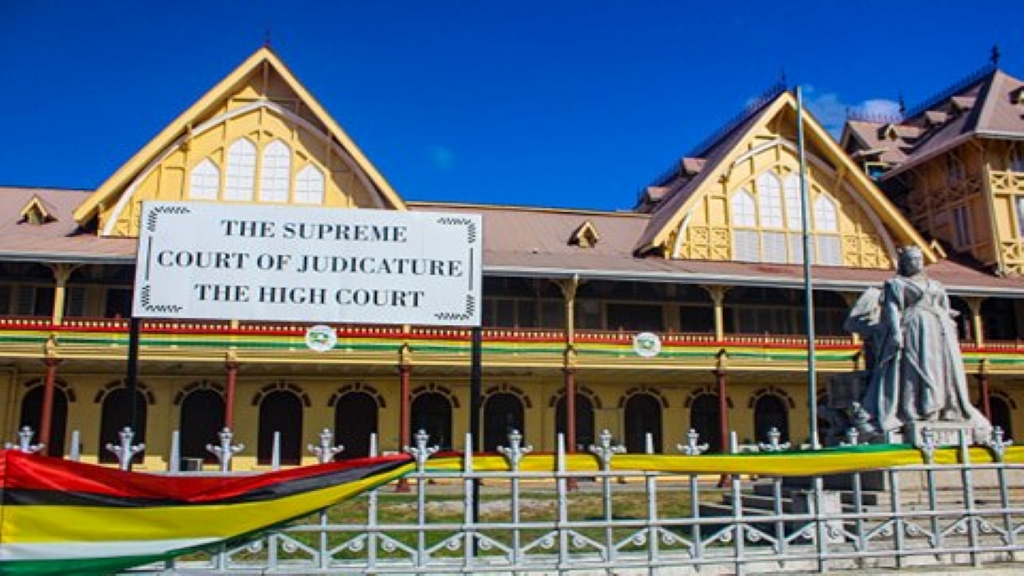 The Guyana Elections Commission (GECOM) can proceed with efforts to hold a national recount of votes from the March 2 Regional and General Elections after the Full Court, comprising Chief Justice Roxanne George-Wiltshire and Justice Nareshwar Harnanan, threw out an injunction that stopped the process.

Today’s decision to throw out the injunctions granted to A Partnership for National Unity + Alliance For Change (APNU+AFC) candidate Ulita Grace Moore on March 17 by High Court Judge Justice Franklyn Holder, was unanimous.

George-Wiltshire and Harnanan determined that Holder made an error when he ruled that matters raised in Moore’s injunction can be heard in court.

They said the court cannot direct GECOM in its operations pursuant to Article 162 of the Guyanese Consitution, which gives the commission power to manage the elections and resolve issues that may arise.

George-Wiltshire and Harnanan ruled that Moore’s case prevented GECOM from effectively carrying out its constitutional duties and the matters raised in the injunction are best suited for an election petition.

The injunction prevented GECOM from permitting or authorising anyone to act on the recount agreement which was agreed to by President David Granger, Opposition Leader Bharrat Jagdeo, the Caribbean Community (CARICOM) and the Commission on March 14.

The judges have also thrown out an appeal application.

Speaking with reporters after the ruling, attorney and People’s Progressive Party/Civic (PPP/C) candidate Anil Nandlall said he agreed with the ruling and expects GECOM to hold to their commitment and allow political parties and independent persons to monitor the process.

“I hope the judiciary will not stand in the way of GECOM carrying out its constitutional functions and mandate and we can bring an end to this impasse that has permeated this country over the past month,” Nandlall stated.

Nandlall added that he does not have confidence in GECOM conducting a free and fair recount and will like GECOM Chair Claudette Singh to agree to have independent monitors observe the recount.

US will not recognize illegitimate Government in Guyana