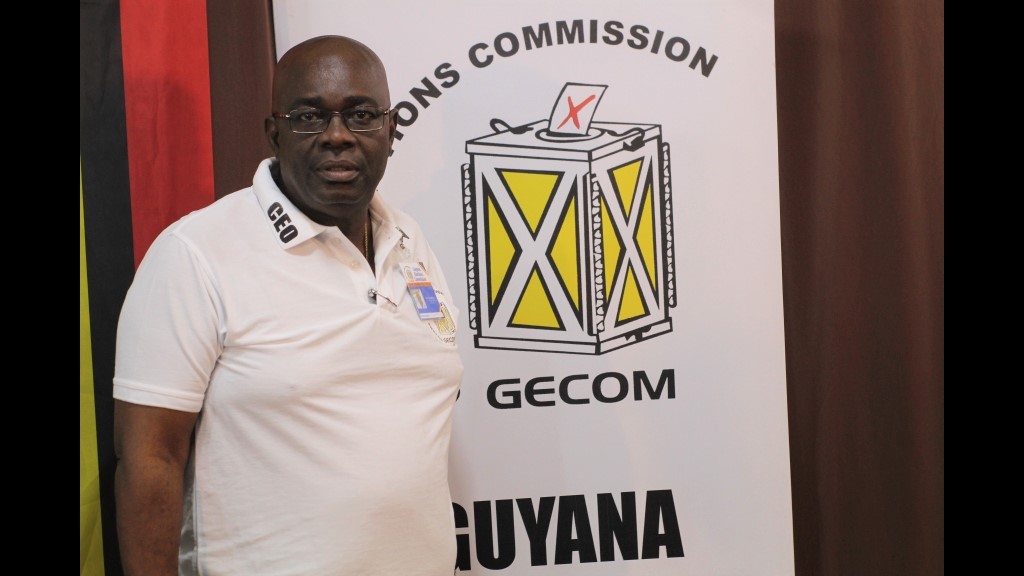 Chief Election Officer Keith Lowenfield was granted GYD$450,000 bail when he appeared before a Georgetown Magistrate today to answer three private criminal charges brought against him.

Lowenfield only received his summons yesterday.

On leaving the court, Lowenfield was greeted by a cheering crowd of A Partnership for National Unity + Alliance For Change (APNU+AFC).

Hughes accused the complainants of attempting to use the court as a forum to make “political statements.”

“It is evident to us at this point in time, they are not ready. If they have the concerns they say they had, those concerns should have been raised with the Guyana Police Force and any appropriate law enforcement agency,” Hughes said.

“Our real concern is they are attempting to take a court of law and turn it into a political circus.”

Lowenfield will reappear in court on August 14.