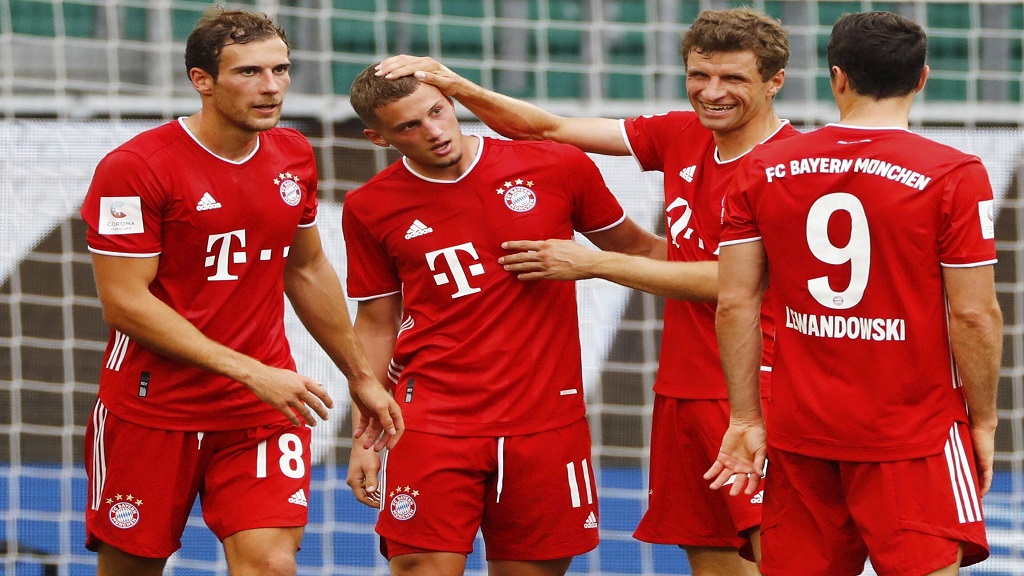 Borussia Mönchengladbach qualified for the Champions League and Fortuna Düsseldorf was relegated by a single point on the last day of the Bundesliga on Saturday.

Germany becomes the first major European league to complete a full season after restarting during the coronavirus pandemic.

Gladbach secured their return to the Champions League for the first time since 2016-17 by beating Hertha Berlin 2-1 to finish fourth ahead of Bayer Leverkusen.

Werder Bremen avoided automatic relegation in dramatic style by demolishing Cologne 6-1 to overtake Düsseldorf, which leaves the Bundesliga after two seasons after losing to Union Berlin 3-0.

Playing their 1,900th Bundesliga game, Werder scored more goals on Saturday than in all of their other home games in 2020. Werder are not yet safe as they face a two-leg playoff against a team from the second division for a place in the Bundesliga next season.

Bayern beat Wolfsburg 4-0, while Dortmund slumped to an unexpected 4-0 defeat to Hoffenheim.

Timo Werner scored twice for third-placed Leipzig in his last game for the club before a transfer to Chelsea in a 2-1 win over Augsburg.