France to ban use of wild animals in circuses, marine parks 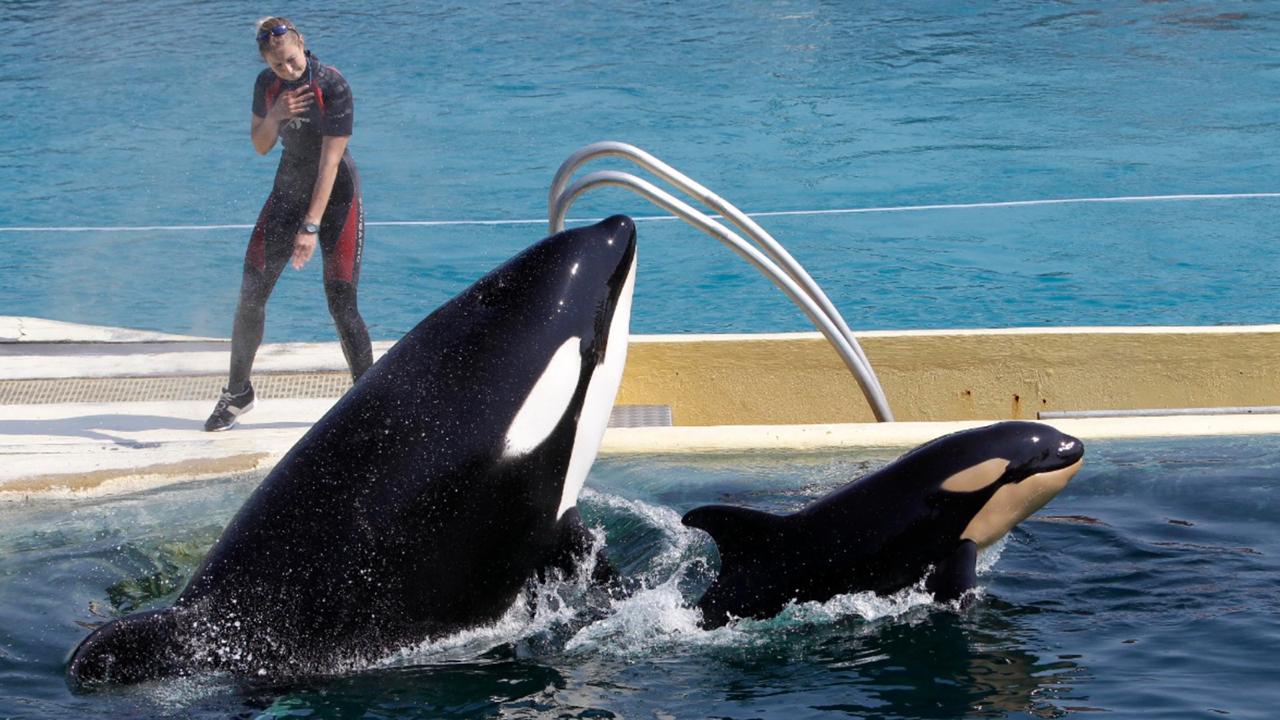 In this April 18, 2011 file photo, killer whale "Wikie", jumps with its baby, a female born one month ago at the Marineland aquatic park in Antibes, southeastern France. (AP Photo/Lionel Cironneau, File)

France's environment minister has announced a gradual ban on using wild animals in travelling circuses, on keeping dolphins and killer whales in captivity in marine parks and on raising mink on fur farms.

Barbara Pompili, France's minister of ecological transition, said in a news conference Tuesday that bears, tigers, lions, elephants and other wild animals won't be allowed any more in travelling circuses “in the coming years.”

In addition, starting immediately, France’s three marine parks won’t be able to bring in nor breed dolphins and killer whales any more, she said.
“It is time to open a new era in our relationship with these (wild) animals,” she said, arguing that animal welfare is a priority.

Pompili said the measures will also bring an end to mink farming, where animals are raised for their fur, within the next five years.
The ban does not apply to wild animals in other permanent shows and in zoos.

Pompili did not set any precise date for the ban in travelling circuses, saying the process should start “as soon as possible.” She promised solutions will be found for each animal “on a case-by-case basis.”

The French government will implement an 8 million-euro ($9.2 million) package to help people working in circuses and marine parks find other jobs.

“That transition will be spread over several years because it will change the lives of many people," she said.