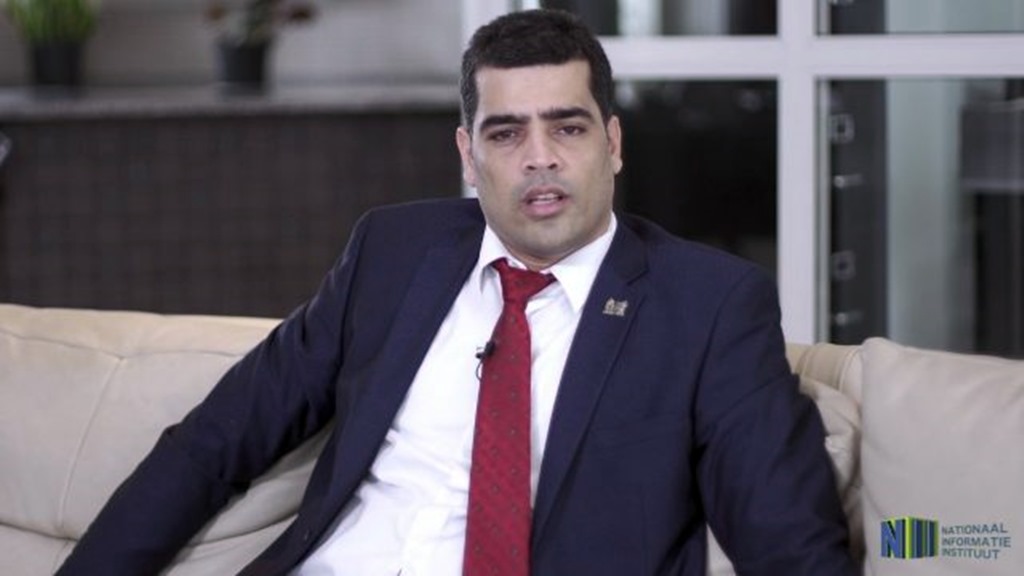 Former Surinamese Vice President Ashwin Adhin has been arrested as part of an investigation into alleged destruction of equipment in the vice-presidential office following his party's loss of government in the May elections, President Chandrikapersad Santokhi said on Monday.

According to an AP report, Santokhi reported to Parliament Adhin, 40, had been detained and questioned.
“Based on that interrogation and the statements of others, the Public Prosecutor’s Office has deemed it necessary to detain him as a suspect."

The president, however, provided no specifics on the investigation. Government member Reshma Mangre, however, claimed people in the vice president’s office destroyed expensive media equipment and three people were arrested.

The National Democratic Party reacted to Adhin's arrest in a statement and said arresting a member of Parliament who has been a critic of the current government “is a serious violation of democracy and also of the right of members of the National Assembly.”

When the new administration took office in July the Public Prosecutor’s Office intensified investigations into possible crimes by politicians and officials of the previous government. Former Finance Minister Gillmore Hoefdraad, for example, is the subject of a fraud investigation and is believed to have fled the country.

Adhin, full name Michael Ashwin Satyandre Adhin, made history in August 2015 when he became the country's youngest vice president at the age of 35.

Texas oil CEO: We are pumping investment into Suriname