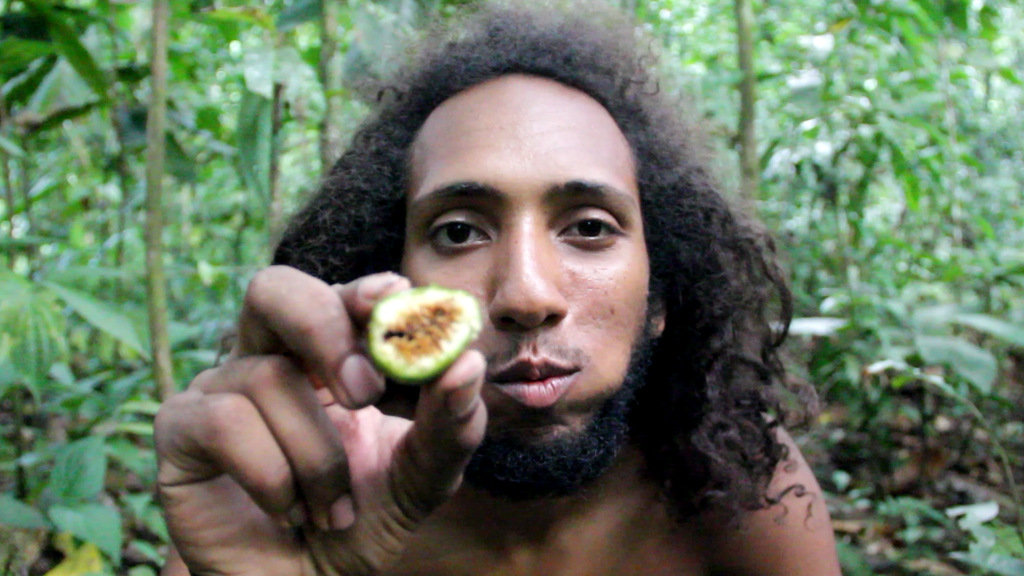 On September 18, 2017, Hurricane Maria landed on Dominica, ripping through the island as a Category 5 storm wiping out the lush vegetation, destroying homes and leaving the island without water and electricity.

While Dominicans were riding out the biggest storm in its history in the relative safety of their homes, Michael Lees was camped out in the forest with a front row seat to nature’s wrath.

The first-person film will next screen at the 1261 Grenada Film Festival and the greater Cleveland Film Festival.

The film sees Lees going back to nature, living off the land with minimal comforts and experiencing first-hand the effects of a historic storm. 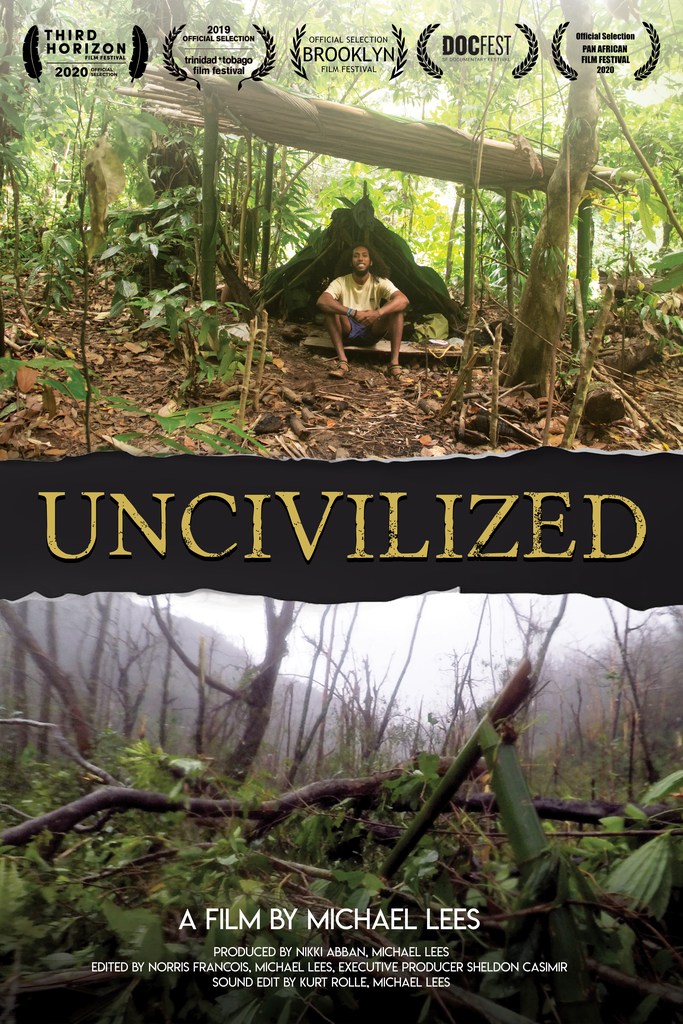 When Lees set out to do the film, he didn’t cater for a hurricane.

“It was a personal experiment to see if I could live a simple life without the worldly desire we want in the modern world. Then Maria hit and we were forced to live like that. In many ways it kind of accentuated the point I was looking for,” he told Loop News.

Lees, who is a British and Dominican citizen, returned to the island in 2016. He had spent some time in the United States where he attended UNC Chapel Hill, spending the first half of his college career studying business at the Kenan-Flagler Business School, later switching his major from business to film.

After he got his degree, he decided to work for a year, writing, shooting and editing for clients ranging from Billboard to UNICEF. Bothered by rampant consumerism and the effects it was having on the environment, he was determined to make a film to explore man’s relationship with nature and how it went wrong.

With Dominica known for being the “Nature Isle”, shooting this experience at home made sense.

Lees worked as cameraman and journalist at a local media house to save money before heading off into to the forest for three months to film his movie.

He lived in a makeshift bamboo and palm leaf hut on an islet between two rivers for three months before Maria hit.

When news of the impending Hurricane spread through Dominica, a friend visited Lees and told him about the storm. 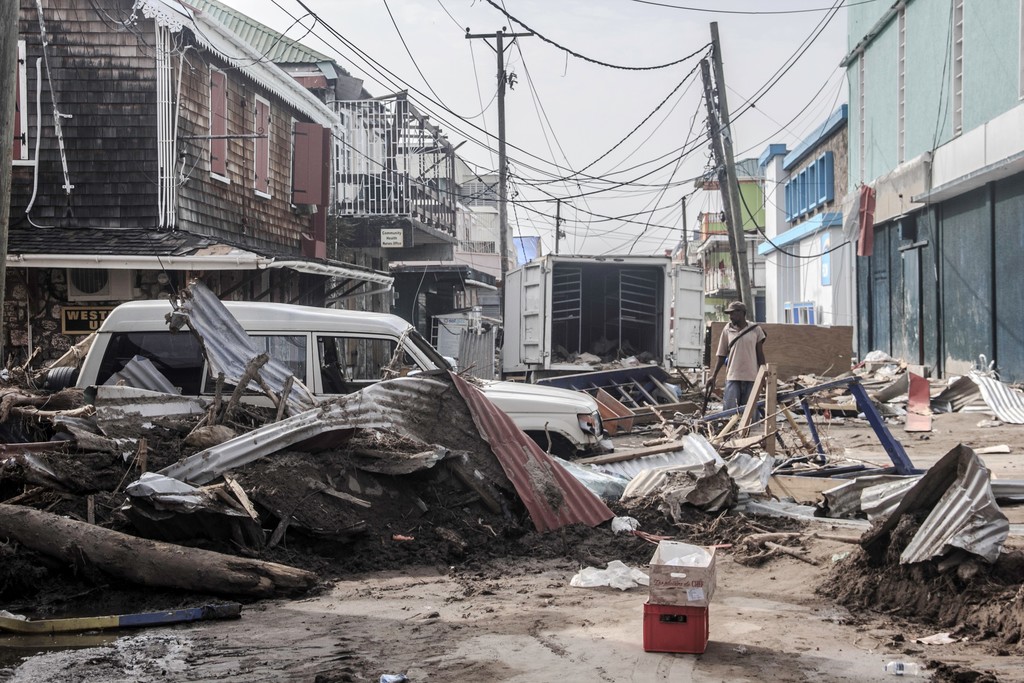 He said at the time it was a Category three storm so he decided to stay in the forest to ride it out.

“I said this whole film is about living with nature and a hurricane is part of nature so I stayed but then it turbo charged into a Category five storm,” said Lees, describing the experience as a roller coaster with moments of relative calm and moments he felt something would fall on him.

He filmed throughout even when a tree fell on his hut reducing it to rubble and the waters around him rose. In the trailer for the film, you could hear the ferocious wind howling around him as he mutters “Oh My God” repeatedly. In that moment, his movie took a dramatic twist.

“I still had no idea the next day the extent of what I would see and I had the foresight to film as I emerged from the rubble of my hut. There was not a single leaf on a tree, it looked like a bomb had been dropped. I was speechless.”

Editing the film was challenging after as he did not have electricity for some time after the storm and his laptop died. He did a crowdfunding to raise funds for a new device and finally finished the film in early 2019.

Lees, who had always been conscious of the environment and climate change, said the hurricane is a glimpse into this new reality that we are creating with our treatment of Mother Nature.

“I think that as time goes on we always had this idea that things will inherently and infinitely get better and to me things are not necessarily going to get better as we move forward so we need to look at new developments that are beneficial to us and what in the past was beneficial and marry the two. The effects of mankind’s desire and consumption is reaching a critical point, we will see it compounded with more hurricanes,” he said.

“The question is how much suffering will we have to endure? If we pay attention and listen to the earth we will be alright, if not, we may face extinction.”

Lees said since his experience he has altered some of his behaviour such as staying home more often and not consuming as much.

“I learned to do more with less and spending my own time with myself. It is challenging when you live in a system where things like electric cars are not available,” he said.

Even as he is still distributing his film, Lees is writing the script for his first fiction movie and expects to have a first draft by year’s end. He said the film will be along the same theme as Uncivilized.

Uncivilized will screen at the following this month:

You can watch Uncivilized at studioanansi.tv/uncivilized.

Watch: Filmmaker recalls the day a humpback whale landed on his boat

Turks and Caicos Film Festival puts focus on the environment