Daytime Emmys: 'The Young and the Restless' wins best drama 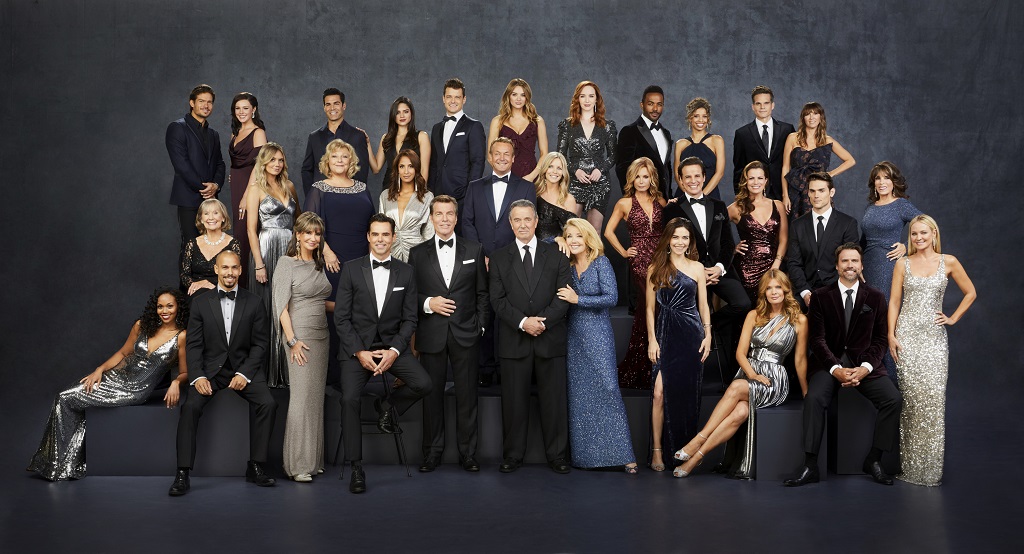 This image released by CBS shows the cast of the daytime drama series "The Young and the Restless." The long-running daytime drama won the Emmy for outstanding drama series at the 47th annual Daytime Emmy Awards. (Sonja Flemming/CBS via AP)

"The Young and the Restless" won best drama at the first virtual Daytime Emmys along with three acting trophies on Friday night, with some winners speaking out about racial injustice.

"I intend to use the next two years of my show as a platform for change, to amplify voices of Black people and people of colour and to educate my audience," she said from home. "More than ever, I feel like this is a responsibility to effect change."

CBS' "The Young and the Restless," whose co-creator Lee Philip Bell died in February at age 91, earned four other trophies in technical categories.

Jason Thompson, who plays Billy Abbott on "The Young and the Restless," won his first Daytime Emmy for lead actor in a drama series.

Thompson had been nominated five previous times for his stint on "General Hospital," but didn't win.

"The world is fighting against racial injustice and it's our responsibility as the human race to educate ourselves and take action, because until we all can acknowledge and empathise with the problem there will always be a problem," James said from his sofa.

At 79, Trebek continues to preside over the popular quiz show while battling pancreatic cancer. In March, he announced he had survived one year of treatment. Taping of the show has since been suspended during the coronavirus pandemic, which has affected talk shows and daytime dramas.

"I'll be honest with you, this one is a shock, very surprising to me," Trebek said. "Speaking as one who has now been nominated 32 times and won seven times, I think I can say with some degree of authority that winning is nicer."

Heather Tom of "The Bold and the Beautiful" earned lead dramatic actress honors for her longtime role of Katie Logan. Tamara Braun of "General Hospital" won as supporting actress.

"Watch out @johnlegend I'm comin' for that EGOT status," Clarkson tweeted, referring to her fellow singer's victories at the Emmys, Grammys, Oscars and Tony awards.

The team from "General Hospital" won directing honors, while best writing went to the team from "The Bold and the Beautiful."

Other winners included ABC's "The View" for informative talk show and NBC's "Today" for morning show.

Olivia Rose Keegan of "Days of Our Lives" won for younger actor or actress in a drama series.

The women of "The Talk" — Sharon Osbourne, Sheryl Underwood, Eve, Carrie Ann Inaba and Marie Osmond — presided over the two-hour telecast on CBS.

The 47th annual awards were back on a broadcast network for the first time since 2011 after being relegated to cable or streaming in recent years.

Nominees, presenters and hosts checked in remotely instead of gathering at the Pasadena Civic Auditorium, where the show was to be held June 12.

Fred Willard, the comedic improv-style actor, has died at 86