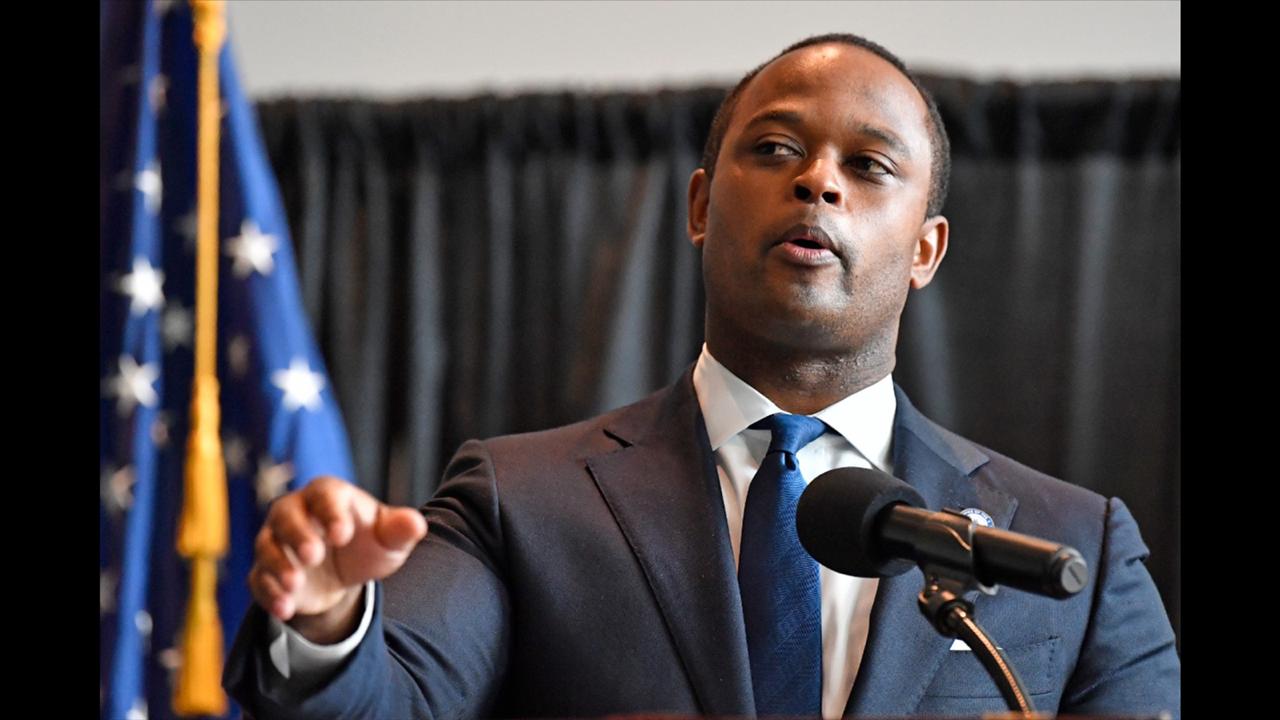 Kentucky Attorney General Daniel Cameron addresses the media following the return of a grand jury investigation into the death of Breonna Taylor, in Frankfort, Wednesday, September 23 2020. Of the three Louisville Metro police officers being investigated, one was indicted. (AP Photo/Timothy D. Easley)

Kentucky’s attorney general has acknowledged that he never asked the grand jury to consider homicide charges against police in the killing of Breonna Taylor.

Amid outrage over the long-awaited charging decision, Attorney General Daniel Cameron said he would agree with a judge’s order to make public a recording of the proceedings, and that he wouldn’t object if members of the panel want to speak publicly about their grand jury experience.

In his statement Monday night, Cameron also revealed that the only charge he recommended to the jury was wanton endangerment. He had previously declined to provide details on what charges prosecutors brought to the grand jury to consider when it met last week.

Cameron said the grand jury is meant to be a “secretive body,” but "It’s apparent that the public interest, in this case, isn’t going to allow that to happen.”

Cameron said a recording of the grand jury proceedings would be released on Wednesday.

“Once the public listens to the recording, they will see that over the course of two-and-a-half days, our team presented a thorough and complete case to the grand jury,” Cameron said.

Last week, the grand jury in Louisville issued charges against one officer, Brett Hankison, for endangering three of Taylor's neighbours by firing through her home, into an adjacent unit where bullets missed people. None of the officers were indicted in the killing of Taylor, who was shot five times after officers knocked down her door to serve a narcotics warrant on March 13.

Cameron said last week that two of the officers, Jonathan Mattingly and Myles Cosgrove, were justified in firing their weapons because Taylor’s boyfriend had fired at them. Mattingly was struck by a bullet in the leg. There was no conclusive evidence that any of Hankison's bullets hit Taylor, Cameron said.

A coroner’s report says Taylor was shot five times and died of multiple gunshot wounds. It says she was hit in the torso, her upper left extremity and both lower extremities. She tested negative for drugs and alcohol.

“Our prosecutors presented all of the evidence, even though the evidence supported that Sargeant Mattingly and Detective Cosgrove were justified in their use of force after having been fired upon by Kenneth Walker,” Cameron said in the statement. “For that reason, the only charge recommended was wanton endangerment.”

Hankison, who was fired from the force for his actions during the raid, pleaded not guilty on Monday.

Also Monday, an unidentified grand juror filed a court motion asking a judge to release the record of the proceedings and to allow the panel's members to talk publicly about their experiences.

Cameron suggested that his office would not stand in their way: “We have no concerns with grand jurors sharing their thoughts on our presentation because we are confident in the case we presented.”

The motion also said there was a "compelling public interest" to have the grand jury record released. The filing accused Cameron of “using the grand jury to deflect accountability and responsibility for (the indictment) decisions...”

Such public disclosure of grand jury minutes is rare. Most states have laws that would make it impossible. Other states, such as California, allow it under very specific circumstances, and some places require a judge’s order.

Grand jury transcripts were released in the police shooting of Michael Brown in Missouri. But a judge refused to release the minutes of the grand jury that decided not to indict New York City officers in Eric Garner’s death in 2014, citing in part concerns over secrecy. In Georgia, 11th Circuit this year ruled against releasing grand jury records in the 1946 lynching of two Black couples.